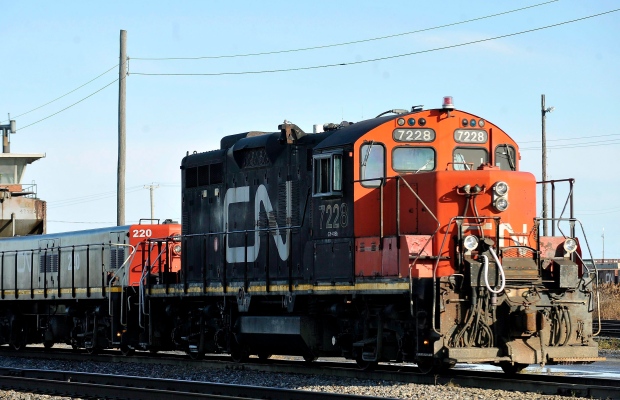 A CN locomotive makes its way through the CN Taschereau yard in Montreal. (The Canadian Press/Graham Hughes)

MONTREAL - CN Rail is laying off about 450 workers in its operations in Eastern Canada after cancelling more than 400 trains in the past week over a rail blockade protesting an LNG pipeline in British Columbia.

The layoffs will affect operational staff, including employees working at Autoport in Eastern Passage, Moncton, Charny and Montreal.

The Montreal-based railway says the situation is “regrettable” because the impact on the economy and its employees from the protests is unrelated to CN's activities and beyond its control.

CN said the shutdown is “progressive and methodical” to ensure it can be restarted when the blockades end completely.

But Wet'suwet'en's hereditary chiefs are opposed to the project and say the council does not have authority over the relevant land.

Companies in this story: (TSX:CNR)