Could beer be sold in subway stations? Signs at some Gateway kiosks raise the question 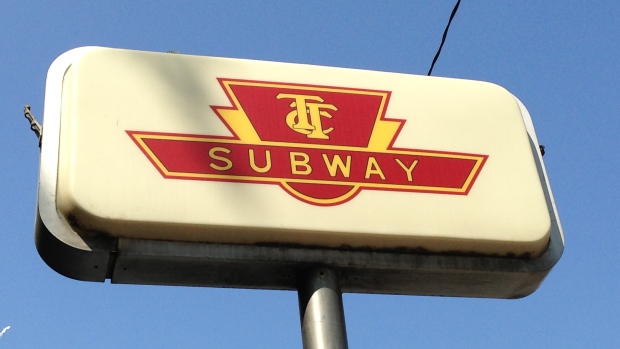 Signs promoting the more widespread sale of beer have popped up at some Gateway convenience kiosks in TTC stations, begging the question of whether beer sales could be coming to the subway system.

The posters, which read “Want Beer, Sign Here,” have been created by the group Choice and Fairness.

According to its website, the group is made up of a number of industry stakeholders and consumer associations that are working in partnership with the Government of Ontario to expand the sale of beer, wine and cider.

The provincial government did previously promise the expansion of beer sales to convenience store as part of its April budget, however in doing so they may have to pay hundreds of millions of dollars to the Beer Store for violating the terms of a pre-existing contract.

In a statement provided to CP24 on Wednesday, the TTC said that its contract with Gateway does allow it to sell all products available in convenience stores, including restricted items like tobacco.

For that reason, the TTC said that if the laws were change to allow the sale of beer in convenience stores, that would theoretically apply to subway retail kiosk as well.

“Although it’s speculative at this point, if the laws of the land were changed to permit other items to be sold in convenience stores, that could potentially apply to Gateway as well,” the statement notes. “However, there is language in our contract that gives the TTC discretion over items it would deem offensive or harmful to our reputation. But we can’t say at this time that we would seek to prohibit the sale of alcohol if convenience stores were selling it.”

In its statement, the TTC said that its expectation would be “that customers respect laws governing alcohol consumption in public” regardless of where it is purchased.

The union representing the TTC’s front-line employees, however, called the potential sale of beer at subway retail kiosks an “an unnecessary risk” in a statement provided to CP24.

“Doug Ford should stop with costly distractions to his agenda, there are enough places in Toronto to buy alcohol already,” ATU Local 113 President Carlos Santos said. “This money would be better invested in public transit, as the PC Government is set to tear apart the subway from the rest of the system with their so-called upload, dismantling its integrated nature and taking the first step to privatization that’ll mean higher fares and reduced service for riders.”

It is unclear whether the provincial government is actually considering allowing subway kiosks to sell beer as part of its expansion of beer sales.

In a statement a spokesperson for the Ministry of Finance would only say that the government is committed to making “meaningful change that will allow small business to flourish and create jobs, while providing choice, convenience and fairness for Ontario consumers.”

“The “Choice and Fairness” website was created in partnership with the Government of Ontario to provide facts about the current retail and distribution model and how the proposed changes would provide more choice, more fairness and a fair model that supports Ontario’s independent business owners,” the statement reads.