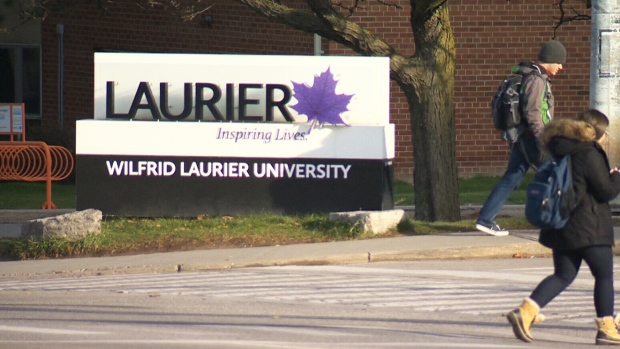 A COVID-19 outbreak has been declared at a student residence building at Wilfrid Laurier University in Waterloo.

According to Waterloo Public Health, two floors of the Clara Conrad Hall residence on the university’s Waterloo campus reported new infections over the Thanksgiving long weekend.

As a result, the public health unit declared an outbreak on those two floors.

In a press release, public health said “the individuals are in self-isolation and are being monitored.”

It is unknown how many students are infected and their identities will not be released.

All residents with positive cases from the two floors will need to isolate for the next two weeks, public health said.

Anyone else who has been identified as a high-risk contact with the infected students will be notified by public health officials directly.

“The health and well-being of our students and the Kitchener-Waterloo community are our primary concern,” Laurier’s Vice-President: Student Affairs, Ivan Joseph said in a statement. “We will continue to work closely with public health officials to manage this outbreak and to do everything we can to prevent the further spread of the virus.”

Public health said there are “rigorous standards” in place at Laurier’s campus and in residence buildings to stop the virus from spreading. It added that the “university has had protocols for sanitizing and cleaning campus areas in place since the beginning of the pandemic.”

“The majority of our students are following health and safety protocols including wearing masks, physically distancing and avoiding gatherings,”Joseph said.

The outbreak comes after another outbreak was declared at Western University’s London Hall on Sunday. Four students are isolating off-campus after testing positive for the virus.