Mayor John Tory calls the vandalizing of a newly-installed traffic camera meant to decrease speeding and increase road safety in North York ‘depressing’ and hopes that the person responsible is brought to justice.

Photos submitted by a viewer Wednesday showed an Automated Speed Enforcement (ASE) camera on Patricia Avenue, near Bathurst Street and Steeles Avenue West, covered with red spray paint and some vulgar images. It is one of the 12 ASE cameras in North York. 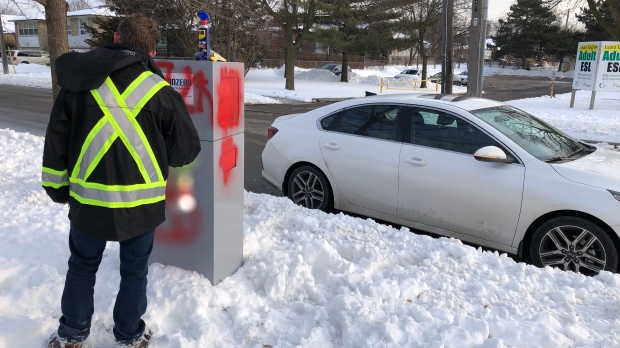 The camera, along with a speed measurement device, is used to detect and captures images of vehicles travelling over the posted speed limit.

A total of 50 cameras have been installed in areas where there have been collisions involving children and where vulnerable road users were killed or seriously injured.

“I have no idea why anybody would be so twisted as to vandalize that equipment that is meant to save lives and keep people, including children safe,” Tory said, adding that the cameras send a powerful message that drivers can’t get away with speeding.

Local resident Nora Marchesan told CTV News Toronto she first noticed the camera had been defaced when she was driving her son to school this morning.

"To see this happen so quickly after the camera was installed is frustrating and upsetting." 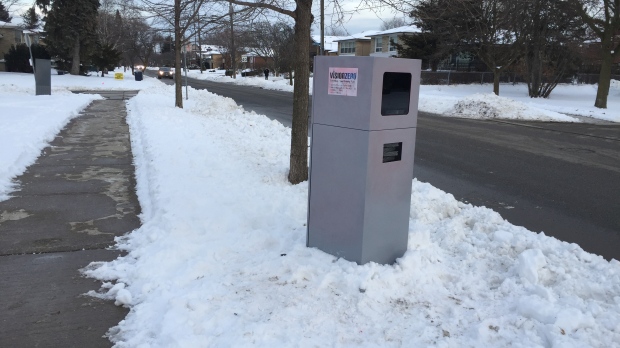 The mayor said the ASE cameras are susceptible to vandalism because they were made to be easily moved around. Tory said the cameras could be relocated from time to time in areas that could be a hot spot for speeders.

Tory said the city would take the necessary steps to protect the devices if the vandalism continues.

Warning letters will be sent out to motorists who have been caught speeding following the deployment of the cameras, the mayor said.

By Wednesday afternoon, the equipment had been scrubbed clean by city workers.