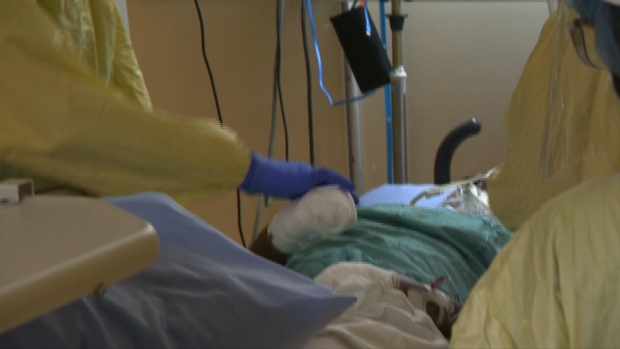 A new directive suspending all non-urgent surgeries and procedures will also apply to clinics located outside of hospitals, the Ministry of Health confirms.

The move to pause elective surgeries and procedures was announced earlier this week by Chief Medical Officer of Health Dr. Kieran Moore.

Moore has suggested that by reinstituting Ontario’s so-called “directive two” the province can free up 1,200 to 1,500 beds, which will be “essential to be able to provide oxygen and care" to residents who contract the Omicron variant in the coming weeks.

The policy is mostly expected to expect patients slated to undergo surgeries or procedures in hospitals but on Wednesday a spokesperson for the ministry did confirm to CP24 that independent health facilities will also not be able to proceed with any “non-urgent/ non-emergency procedures that require surgical nursing support or anesthesia health human resources.”

Higher risk surgeries that could result in a patient being sent to an emergency department will also be prohibited.

“This is consistent with what was previously in place with Directive #2 and helps to ensure that health human resources remain available to support the province’s COVID-19 response,” the spokesperson said.

In addition to surgical clinics outside of hospitals, the new policy will also prohibit surgeries in dental settings “that require a sedation or anesthetic team” or ones which carry “a substantive risk of resulting in the use of emergency medical services or other hospital services.”

At this point it is unclear how long the directive will be in effect.

Ontario’s Financial Accountability Office has previously estimated that the backlog of cancelled surgeries would reach 419,200 procedures by this past fall, as a result of previous directives to limit care.