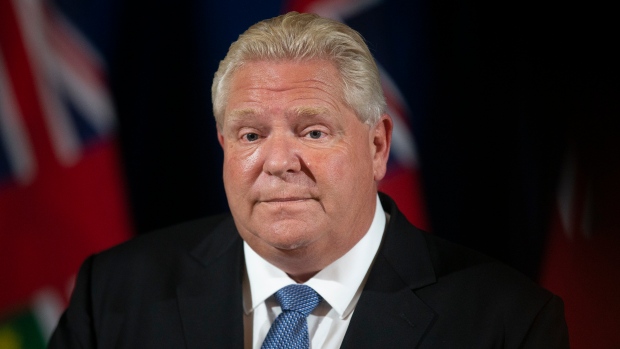 FILE- Doug Ford is set to announce an increase to minimum wage in Ontario.

The meeting with Ford, Municipal Affairs Minister Steve Clark and the mayors and regional chairs of big cities is set for Dec. 16.

Ford says his goal for the summit is to work on solutions to address the “crisis” of housing affordability so more families can become homeowners.

Clark is also set to hold a session on housing affordability with rural municipalities in January.

The latest plans from the Progressive Conservative government come after an earlier announcement of a housing affordability task force that will also look into the issue.

Ontario Real Estate Association CEO Tim Hudak says the summit is a good step toward greater collaboration on the issue and called for zoning bylaws to change to allow for more family-friendly housing.