Elderly woman sexually assaulted after being awoken by knock at the door: Toronto police 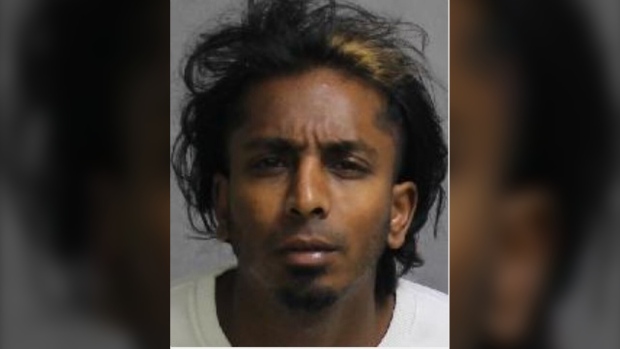 Praveen 'Bobby' Balhumar, 29, is pictured in this handout photo distributed by Toronto police.

A parcel delivery driver has been charged in connection with the alleged sexual assault of an elderly woman on Boxing Day, Toronto police say.

Police said they responded to a call about a sexual assault in the area of Greenholme Circuit and Lawrence Avenue East in Scarborough’s Golfdale Gardens area at around 12:53 a.m. on Dec. 26.

According to police, an 84-year-old woman had been asleep at home when a man knocked at her door.

Police allege the man befriended the woman and made his way into the home before sexually assaulting her. He then fled in a vehicle.

In a news release Monday, police announced they have laid charges in connection with the incident.

Praveen 'Bobby' Balhumar, 29, of Toronto has been arrested and charged with being unlawfully in a dwelling, assault, forcible confinement and three counts of sexual assault.

Investigators also released a suspect photo. They said the suspect works as a parcel delivery driver and police are concerned that there may be more victims.

Police are urging anyone with information to get in touch with them or to call Crime Stoppers anonymously.