'Elusive' herd immunity: what will it take to get there with COVID-19? 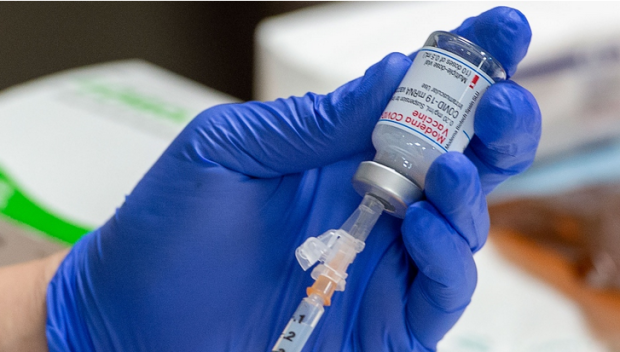 Ever since the pandemic emerged, experts have attempted to hash out a roadmap to herd immunity against COVID-19.

But with a fourth wave surging amid the more infectious Delta variant and other variables shifting the goalposts, several virologists and immunologists are discouraging the urge to fixate on specific vaccine targets.

With a sizable number of the population still unvaccinated, the priority remains to get more shots in arms, period.

"We have to get away from this idea that there is a core number we need to reach," says Jason Kindrachuk, a virologist at the University of Manitoba.

"The easiest way for us to look at this right now is we need to get as many people vaccinated as possible."

Herd immunity refers to having enough people within a community protected from a virus or pathogen, either through natural infection or vaccination, that transmission becomes unlikely.

Clinical vaccine trials are still ongoing for children younger than 12 -- nearly 13 per cent of the population -- with Pfizer saying it could have data later this year.

Canada had more than 76 per cent of its eligible population fully vaccinated as of Wednesday, with more than 84 per cent receiving one dose. But several provinces are seeing case counts rise, mostly among the unvaccinated.

"When you talk about herd immunity, you're looking at not only the immunity you have in your population, but also the transmissibility of the current circulating strain," Kindrachuk said. "You have different variables you have to take into account.

"And Delta has pushed that transmissibility quotient up quite a bit from what we were looking at in early 2020."

Dawn Bowdish, an immunologist at McMaster University, doesn't like the term herd immunity for the COVID-19 virus.

She said some vaccine hesitant individuals can use herd immunity as justification for putting off their jabs, giving them a false sense of security that they're not at risk if those around them are immunized.

But because the current COVID-19 vaccines don't offer "sterilizing immunity" -- which means vaccinated people at much lower risk of infection can still spread the virus -- Bowdish said it's unlikely we'll ever truly reach that threshold.

"All those people who have decided (not to get vaccinated) ... are hoping for low rates in the community because their friends and family and colleagues are all vaccinated, but they're still at risk," she said. "So it changes the metrics.

"It means there will never be a time when we have enough of the population vaccinated to keep everybody safe."

Dr. Isaac Bogoch, an infectious disease physician with the University of Toronto, said jurisdictions should aim to reach a more realistic "community level protection," where enough people are vaccinated that a potential outbreak won't overload the health-care system or disrupt society "like we've seen this virus do time and time again."

Bogoch said true herd immunity will likely remain "elusive" for a while, especially while children aren't eligible to receive a jab.

"You can't just draw an artificial line in the sand and say we'll vaccinate as many people as we can over this age group and expect to achieve herd immunity," he said.

While Kindrachuk is hopeful Canada will quickly rein in the current wave of COVID-19 infections, he said threats to building significant levels of community protection arise if new variants start poking through.

And getting close to herd immunity in one area means little, he added, if potentially more dangerous variants start travelling between regions.

"We've got large sections of the planet that have no appreciable access to vaccines," Kindrachuk said. "So if we want to talk about reducing the risk of seeing further variants emerge, we need to get things under control everywhere."

This report by The Canadian Press was first published Sept. 1, 2021.