The father of two children found dead inside a Brampton home late Wednesday night has been charged with two counts of first-degree murder.

Emergency crews responded to a medical call at a home on Hiberton Crescent shortly before 11 p.m.

Two boys, ages 9 and 12, were subsequently found dead inside a house on the residential street, located near Sandalwood Parkway West and Brisdale Drive.

"The call did come from within the house and it was shortly after that it was determined that the deaths were suspicious," Const. Heather Cannon told reporters outside the home on Thursday morning.

Cannon said that the first officers to arrive located the boys' bodies but found nothing to indicate any foul play.

"When we attended we didn’t find any obvious signs of trauma," Cannon said.

It was only after the coroner attended and checked the scene that homicide investigators were brought to the scene.

Police say the "circumstances of what transpired" inside the residence is currently under investigation by the homicide unit. 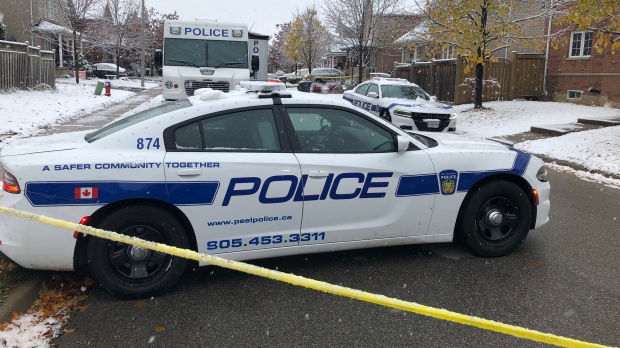 Investigators say they believe this is an "isolated incident" and there is "no threat to the community."

She could not tell reporters where the boys were found inside the residence or when investigators believe they died.

A man identified by police as 52-year-old Edwin Bastidas was charged with two counts of first-degree murder.

Cannon could not say if Bastidas was known to police prior to this incident.

'It didn't seem like there was anything wrong,' neighbour says

Neighbours told CP24 that the two boys lived at the house with their mother and father and attended a nearby Catholic school.

"They were quiet. They were respectful... There really isn’t any trouble-makers on this street," Sarah Edwards, who lives in the neighbourhood, said.

She added that there are many children under the age of 12 that live on the street. 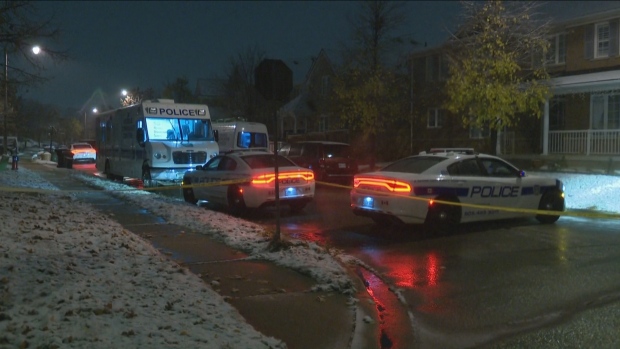 “I’ve never seen any kind of police activity here. The worst we have is people that go too fast down the street,” she said.

One resident of the community said he came home from work late last night and was “shocked” to learn what had taken place inside his neighbour’s home.

“They are just your regular, everyday boys. They walk their dog through the neighbourhood. My daughter plays with them once in a while when they are out in front of our house and they play with each other at recess when they are at school,” he said.

He added that his wife occasionally goes for coffee with the mother of the two boys.

“It didn’t seem like there was anything wrong,” he said.

Another neighbour said she would see the boys outside playing basketball from time to time.

“Just tragic,” she said. “It hits very close to home.”

The board said grief counsellors would be at the school Thursday and Friday to comfort those reeling from the sudden loss of two classmates.