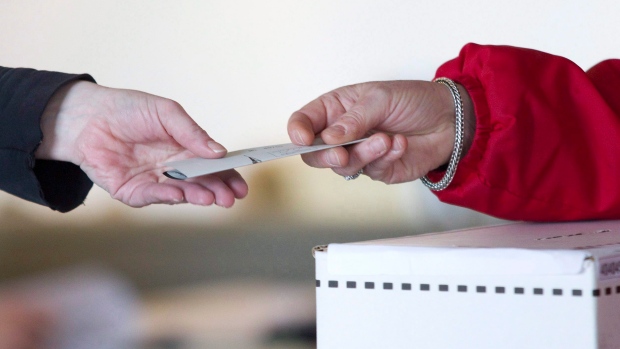 Liberal and NDP candidates vying to represent the Toronto riding of University-Rosedale are neck and neck with less than three weeks to go, according to a new poll.

The Forum Research telephone survey of 604 Toronto voters found that just fewer than four in 10 will vote for either NDP candidate Jennifer Hollett (39 per cent) or Liberal candidate Chrystia Freeland (38 per cent) when they cast their ballot on Oct. 19.

A poll conducted in late August had Hollett enjoying a 14-point lead (NDP 46 per cent, Liberals 32 per cent).

“This riding looked like an easy move for the NDP a month ago when they were riding high in the polls, but now that they may be slipping across the country, we are seeing the effect locally as well,” Dr. Lorne Bozinoff, president of Forum Research, said in a release.

Freeland enjoyed support among voters 55 to 64 years old, and over 65 (43 per cent and 48 per cent, respectively) and with female respondents (41 per cent).

Support for Conservative candidate Karim Jivraj stands at 20 per cent, with Green candidate Nick Wright at three per cent.

The revamped riding of University-Rosedale combines parts of Trinity-Spadina and Toronto Centre, and includes neighbourhoods such as the Annex, Little Italy, Yorkville and most of Chinatown.

Freeland has represented the former riding of Toronto Centre since winning a byelection to replace Bob Rae two years ago.

The results of the poll, conducted on Sept. 30, are considered accurate plus or minus four per cent, 19 times out of 20.