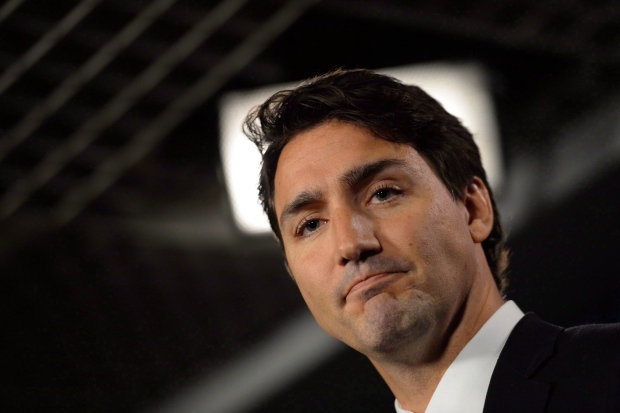 Liberal Leader Justin Trudeau speaks to reporters following a caucus meeting on Parliament Hill in Ottawa on May 13, 2015. (The Canadian Press/Sean Kilpatrick)

TORONTO - A 2013 note in which then-Liberal leadership contender Justin Trudeau predicted he would beat Prime Minister Stephen Harper is up for sale on eBay.

Michael Kydd was on Porter Airlines flight on March 20, 2013, and passed a note to Trudeau asking "Can you really beat Harper?"

Trudeau, who was running for the Liberal leadership at the time, confirmed the note in a tweet on the same day saying, "Yup, it was me."

Bidding on the note -- which had attracted a top bid of $2,550 by Wednesday evening -- ends Thursday afternoon.

Trudeau's father replied "Well, just watch me!" on Oct. 13, 1970, when asked by a reporter how far he would go in limiting civil liberties to combat separatist terrorists during the October Crisis.