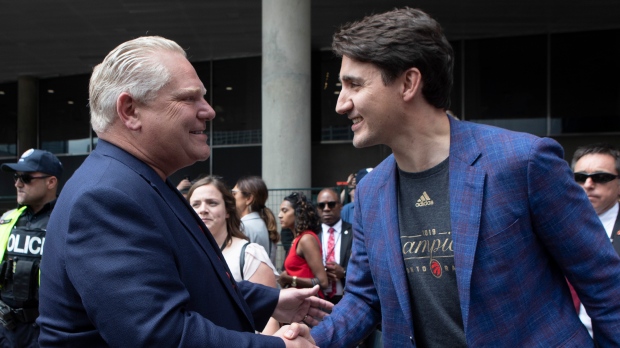 He says he looks forward to working with Ottawa to address "shared priorities," including infrastructure, internal trade and mental health.

Ford's statement stands out for its conciliatory tone, particularly in light of how much the Ontario premier was a target of Liberal criticism throughout the campaign.

Trudeau had repeatedly invoked Ford's name and policy decisions when warning of the potential consequences of a Conservative election win.