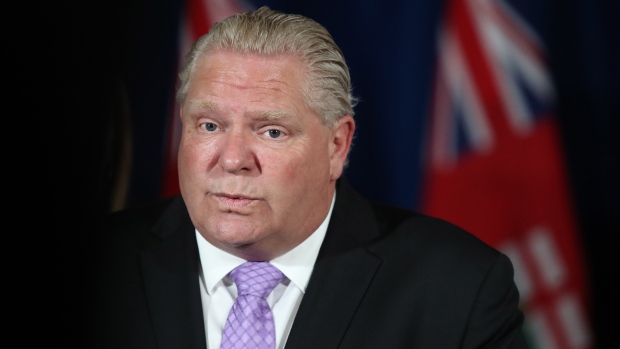 The Ford government has extended all emergency orders for another 10 days.

The emergency orders, which include a ban on social gatherings of more than five people, were set to expire on June 9 but in a news release issued on Saturday morning the province confirmed that it will extend them until June 19.

The directive means that bars and restaurants will continue to be restricted to take-out service only and that child-care centres will remain closed for the time being.

"It is critical that we keep these emergency orders in place so we can continue to reopen the province gradually and safely," Premier Doug Ford said in the release. "We are not out of the woods yet, and this deadly virus still poses a serious risk. We encourage businesses to begin preparing to reopen, so when the time comes, they will be able to protect employees, consumers and the general public."

The extension of the emergency orders comes after Ford told reporters that he would be releasing a plan to reopen more businesses as part of the second stage of the province’s reopening plan “early next week.”

Ford, however, stressed that announcing that plan does not mean that it will take effect immediately as it will still be contingent on the data related to the spread of COVID-19.

“We are moving cautiously because God forbid this comes back and bites us in the back-side,” he said.

A state of emergency was declared in the province on March 17, permitting the Ford government to issue emergency orders.

The state of emergency was then extended until June 30 this past week.