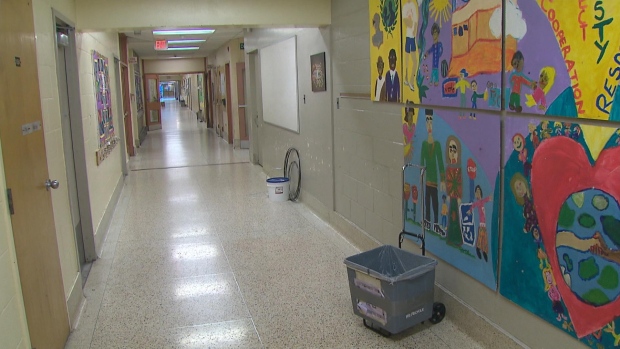 Premier Doug Ford says he 'won't hesitate' to shut down schools again if Ontario is hit with a second wave of COVID-19 and cases begin to surge.

The premier, who answered a slew of questions at Queen's Park this afternoon on the safety of his government's back-to-school plan, said he believes the province, along with medical advisers, have come up with a plan that is the envy of other provinces.

"We have more guidelines in place than anyone in the entire country," Ford said Wednesday.

"I saw an article, which was very interesting, parents in B.C. were touting Ontario's plan, saying 'We want Ontario's plan'...When I hear people from B.C. chanting that they want the Ontario plan, that is not bad.”

But critics of Ford's back-to-school strategy suggest that it does not go far enough to protect students and educators.

The province's plan for September, which was released last week, will see all elementary school students returning to the classroom full-time with regular class sizes.

Elementary students will be cohorted through the day, eating lunch together and going out for staggered recess in their classroom groups.

High school students in larger cities, including municipalities in the GTA, will attend classes on alternating days with the same 15-pupil cohort for as many different classes as timetables allow. All students in Grades 4 to 12 must wear masks while indoors and younger students will be "encouraged" to wear face coverings.

The province is providing school boards with an additional $309 million, including $80 million for hiring additional teachers and custodians as needed.

But in a joint statement released last week, the province's four largest teachers’ unions criticized the plan, saying that it would take nearly 10 times that amount of money to hire adequate staff and obtain space to properly physically distance students.

In a report issued by SickKids Hospital, experts suggested that physical distancing of at least one metre will be vitally important to keep children safe.

Ministry officials have said while desks and tables in classrooms will be kept apart as much as possible, they could not guarantee two, or even one-metre distancing in all settings.

Speaking to reporters on Wednesday, Ford asserted that his decision to keep elementary class sizes the same was not a financial one.

"I'm not holding back on a penny here," Ford said. "I've proven to the public it is not about dollars and cents."

He said his plan is based on advice from "the brightest minds in the entire country."

"We could play armchair quarterback all day long everyone....I'm relying on the health and the science," he added.

"This is the budget we've laid out.... I think we are pulling our weight," he added.