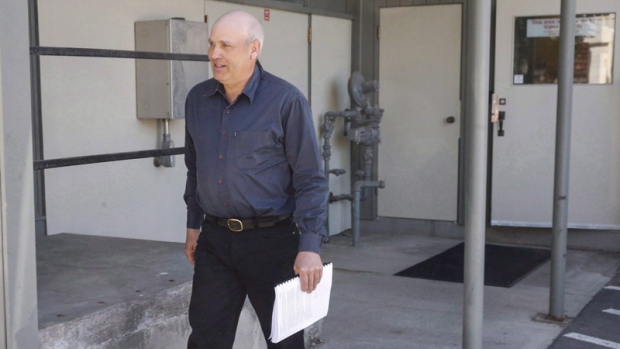 CRANBROOK, B.C. -- There's "no room for doubt" that a former leader in a fundamentalist Christian sect that practises polygamy in Bountiful, B.C., knew that an underage girl who he removed from Canada to be married in the United States would be subject to sexual contact, a judge said Friday.

James Oler was found guilty of removing a 15-year-old girl from the community to the United States to be married to an older member of the Fundamentalist Church of Jesus Christ of Latter-day Saints in 2004.

In delivering her decision, Justice Martha Devlin of the B.C. Supreme Court said Oler saw with substantial certainty that the girl would be expected to consummate the marriage immediately in order to "fulfil her role in bringing forward children in line with the divine mandate."

"Entering (the girl) into an ordinary marriage would leave no doubt, but as here, entering her into a plural marriage that is imperative to her salvation, leaves even less room," she said.

Sentencing is scheduled for July 15.

The ruling brings to an end a lengthy court process. Oler was acquitted in 2017 by a judge who was not convinced he did anything within Canada's borders to arrange the girl's transfer. But the B.C. Court of Appeal overturned the decision, saying that proof of wrongdoing in Canada was not necessary and ordered a new trial.

Oler was self-represented and did not call any witnesses or make a case in his defence during the retrial. He sat quietly as Devlin delivered her decision in the small courtroom in Cranbrook and declined to comment outside.

Lawyer Joe Doyle, who served as a friend of the court to ensure a fair trial, argued that a four-day gap in the girl's whereabouts is enough to dispute whether she was removed from Canada in 2004.

Devlin said she had to "wrestle to a conclusion" whether the evidence established the girl's presence in Canada during that time, and specifically on the day that Warren Jeffs, the church's prophet and president, ordered Oler to deliver her for the marriage.

"This is the linchpin of this retrial," Devlin said.

But a "perfect reconstruction" of the girl's movement was not required of the Crown and Devlin found it would "strain credulity" to suggest the girl travelled to the United States ahead of a group driving from Canada, she said.

If the girl had already been in the United States, it's more likely that she would have been sent directly to meet Jeffs rather than back to a site near the border where witness accounts placed her the day before her marriage.

The community also doesn't allow young women to travel without supervision, so Devlin said it's very unlikely that the girl would have crossed the border on her own.

"Reason, logic and human experience applied to the evidence does not convince me otherwise," Devlin said.

Special prosecutor Peter Wilson argued that Oler should have known the girl would be subject to sexual activity following her marriage based on the nature of church doctrine and the disempowered role of women in the faith.

During the trial, Devlin admitted into evidence contested records that were seized from a headquarters of the religious group.

The marriage and priesthood records kept by the church had been seized by U.S. law enforcement when a search warrant was executed at the Yearning for Zion ranch in Texas in 2008.

One priesthood record describes a phone call that Jeffs made to Oler on June 23, 2004, ordering him to bring the child to the United States to be married. The court heard the girl's marriage was documented by the records kept by Jeffs.

Oler originally stood trial alongside Emily Blackmore and her husband Brandon Blackmore. Both were convicted of taking a 13-year-old girl across the border to marry a member of the same sect.