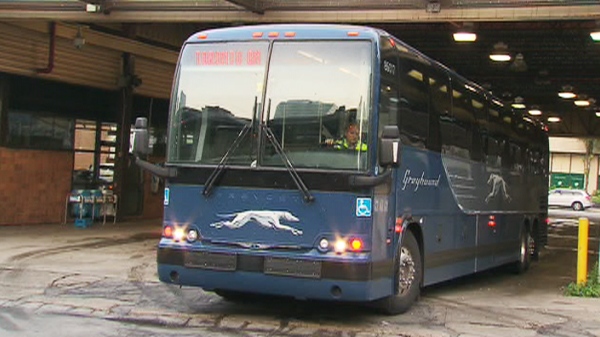 Greyhound Canada will temporarily shut down amid a 95 per cent decline in ridership.

The decision will impact four routes that were still operating out of Toronto, including service to Kitchener and London.

About 400 employees will be temporarily laid off as a result of the shutdown.

“Our commitment has and always will be to our customers and getting them where they need to be. However, we are facing unprecedented times that have caused a significant decline in demand,” Senior Vice President Stuart Kendrick said in a press release issued Thursday morning. “As we continue to navigate this situation, we will keep our customers and employees who are affected by this temporary shutdown top of mind. We regret the difficulty that this will cause them, but this decision came as a last resort option to address the uncontrollable consequences and devastating impacts of this pandemic.”

Greyhound Canada said that it had already temporarily suspended service on 12 routes back on April 5 and was providing reduced service on its remaining routes in order to allow for “essential travel.”

The bus company says that it has “made every effort to reduce costs” but simply cannot continue to operate without financial support from other levels of government.

“Our service is reliant on the farebox – we are not able to sustain operations with a significant reduction in readership and the corresponding revenue with a lack of financial support from the provincial and federal governments,” the release states.