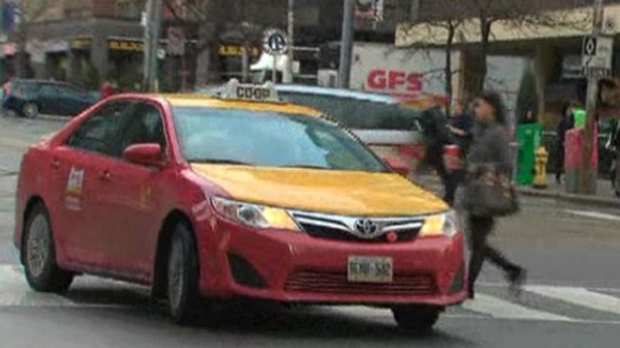 A group representing Toronto taxi drivers says it will seek a court injunction against Uber after city council decided last week that it would not take immediate legal action itself.

News of the injunctions comes exactly one week after city council voted to seek a court injunction only when deemed “appropriate” by legal advisors.

The city previously sought an injunction to put the brakes on Uber’s Toronto operations last year but in July an Ontario Superior Court justice threw out the case.

“Toronto’s taxi industry itself is stepping up to do the job city council has chosen not to do. As tax-paying, law-abiding citizens the industry is going to court to ensure the rule of law is upheld,” a statement from the Toronto Taxi Alliance says. “We wish to send a positive message to Toronto’s youth and to the business community that it is NOT ok to unfairly conduct business in Toronto by breaking the law as a business model.”

The motion before council last week initially called for the city to seek an injunction against Uber and individual UberX drivers immediately in the wake of changes to the city’s bylaws that seemingly ban the service, however Mayor Tory subsequently amended the motion on the advice of legal advisors who questioned whether the city would be successful in court.

In its statement, the Toronto Taxi Alliance accused Tory of refusing to deal with UberX in a timely manner and ignoring the “real and painful” frustrations of taxi drivers.

The city is currently drafting new ground transportation regulations aimed at leveling the playing field for conventional taxis and placing new restrictions around services like Uber.

Those regulations are expected to be completed by March.