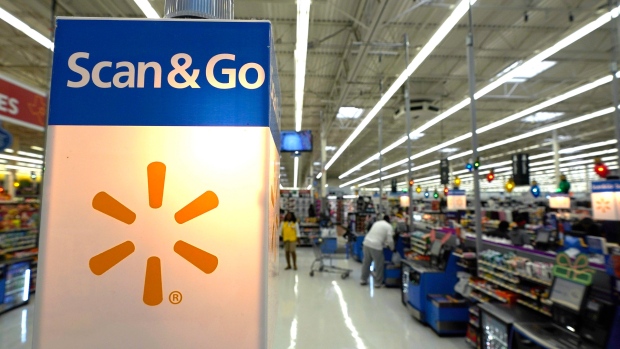 TORONTO - When Chris Cobain heads to Walmart, he dreads the long line-ups at the cash register.

That's why the Toronto-based audio engineer was thrilled when he spotted portable scanners letting customers checkout items as they shopped.

He tried the service, but found the scanner “cumbersome” and the system still required him to use a checkout aisle or interact with an employee to pay.

“It took longer to do my grocery shopping and then something happened and it all got screwed up,” he said. “I didn't feel it was faster.”

The experience meant he wasn't surprised when Walmart yanked the offering from his local store.

The approach, he and experts say, is a sign that portable and phone-based self checkout is generating mixed results for retailers.

Walmart spokeswoman Anika Malik wouldn't say how many locations the service was available at and how many still have it, but said: “If a test doesn't yield a result that works for our customers and our business, we have no problem moving on or trying to find a way that works better.”

Malik said Walmart is toying with changing the service's interface and some of its features, but didn't elaborate further.

Loblaw spokeswoman Catherine Thomas said so far feedback has been “really positive,” but she wouldn't confirm if there were plans to broaden the service.

Meanwhile, Nordstrom Rack and Dollarama have also been dabbling with portable scanners to speed up checkout, but they've left the scanners in the hands of employees who roam stores.

The varying approaches and success rates of such systems stem from consumer behaviour, said Michael LeBlanc, a senior retail adviser at the Retail Council of Canada.

He has noticed customers prefer hand-held self-checkout when buying a few items, but that letting a cashier ring up a purchase is more ideal when someone has a full cart or basket.

“(Hand-held self-checkout) is not for everyone and it is not for every occasion,” he said. “I know some retailers have had checkout on the app and some customers liked it and some didn't....Not everything works out the way you planned it, but I think everyone appreciates you trying.”

Walmart's downfall wasn't necessarily the technology, he added. Timing might have played a role.

“Is it just too soon or is it something customers aren't interested in now?” he said. “They might be interested in it but just aren't ready to adopt it yet. Ultimately, we just don't know until you put it into the field and test it.”

While many criticize hand-held self-checkout as a job killer, LeBlanc said most companies using such systems have not reduced workers.

“If you start taking too many people out of your retail environment, your customer experience isn't great,” he said.

“So you start to think about how to best use your people and sometimes that means taking someone from the front who was checking (people) out and moving them to your wine and cheese section and having them help people there.”

Companies in this story: (TSX:L)