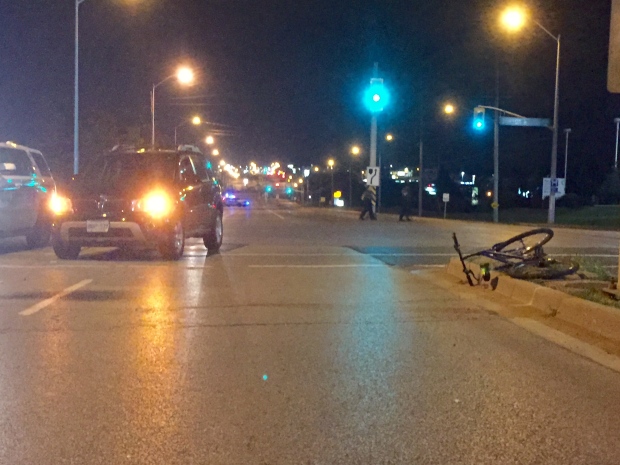 A bicycle lies on the side of a road where one person was struck by a vehicle Sunday September 6, 2015. (Mike Nguyen /CP24)

One person was taken to hospital after being struck by a vehicle in Newmarket late Sunday.

It happened at the intersection of Yonge Street and Dawson Manor Boulevard around 11:45 p.m.

York Regional Police said the person had passed out on the side of the road, apparently intoxicated. A passerby woke him up and told him to get out of the road.

He then got onto his bike and started pedaling across the road when he was struck by a passing vehicle.

York Regional EMS arrived and transported the male to a local hospital. His injuries were non-life-threatening, paramedics said.

The intersection was closed following the incident, but has since reopened.