Richard and Alison Oleksiak say they cannot wait to see their daughter Penny on Monday when she arrives home after her historic week at the Tokyo Olympics.

"We're all going to have a family get-together when she gets back to celebrate … her success. It'll be fun," added Richard.

Their 21-year-old daughter became Canada's most decorated athlete on Sunday. The Toronto swimming phenom achieved the feat after winning the bronze medal with her teammates in the 4x100-metre medley relay. 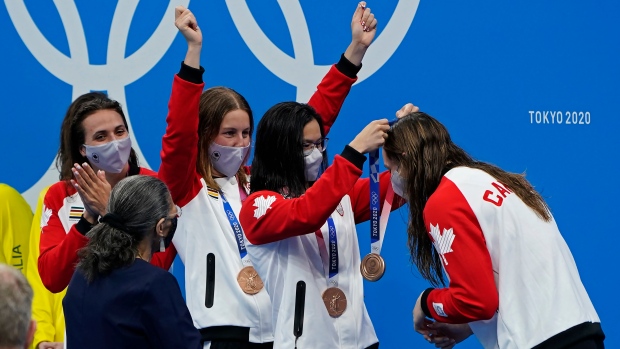 It is Penny's 7th career Olympic medal, the most by any Canadian athlete both in the summer and winter games. She surpassed Clara Hughes and Cindy Klassen, who each have six medals.

Alison added: "We're just really happy that she really achieved the goals that she had, which we were really pleased with."