Large presence of military vehicles to be on Ontario roads tomorrow 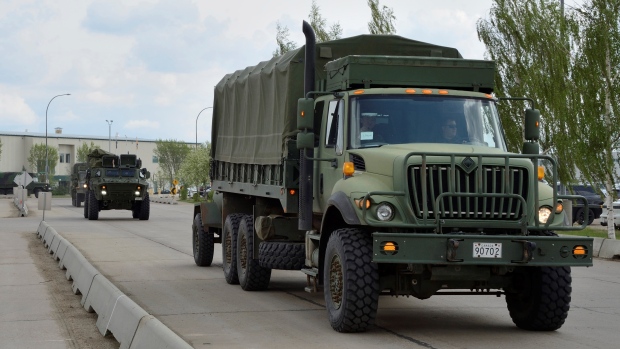 Ontario drivers are being advised that they might encounter a large number of military vehicles on the roads tomorrow as Canadian Armed Forces (CAF) members will be making their way home.

Troops will be driving home from the Canadian Forces Base (CFB) Borden to various units across Ontario.

From Borden, the troops were sent to seven long-term care facilities across the GTA that were hit hard by the coronavirus.

Since April, troops have been assisting the homes to control the outbreaks and stop the spread of the virus.

The Ontario government announced last month that the members had finished their mission and can start heading back home.

The CAF is asking drivers and pedestrians to remain patient and show their support to the troops as they conduct this road move.