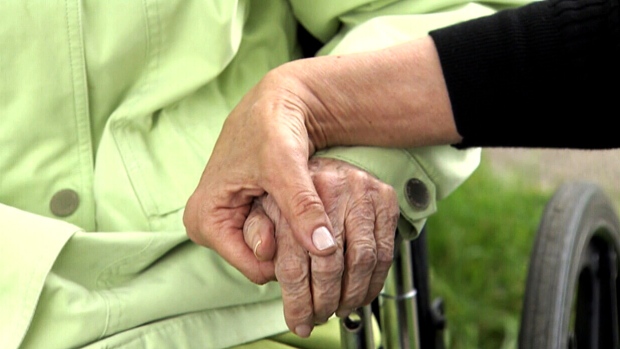 TORONTO -- As the deadly toll of COVID-19 on Canada's nursing homes gives rise to a growing number of proposed class-action lawsuits, some legal experts say the cases will turn on what's considered reasonable care during a pandemic.

The ongoing global health crisis that has disproportionately affected the elderly poses a unique and unprecedented backdrop for such civil actions, which have emerged in Ontario and Quebec in recent weeks, experts say.

While nursing homes can't be blamed for the pandemic, they can be held accountable for unnecessary and preventable deaths, said Michael Smitiuch, a Toronto-based lawyer who previously led a successful negligence lawsuit against a Brampton, Ont. facility for seniors.

"A crisis like this does not give nursing homes a free pass to neglect the elderly. So I think what will happen is...we're going to look back at this through a lens of what was reasonable under the circumstances," he said.

"The interesting question will be, what is the standard of care during a pandemic?"

The courts will likely look to the requirements and guidelines issued by health ministries, the World Health Organization and other similar bodies in gauging whether any defendants were negligent, Smitiuch said.

The novel coronavirus has ravaged private and government-run seniors' homes, particularly in Canada's two largest provinces, causing a large proportion of the country's more than 3,000 deaths.

Rules and standards for nursing homes have evolved rapidly as public health officials respond to the crisis, with several provinces now banning staff from working in multiple facilities.

However, a number of proposed class-action lawsuits allege negligence on the part of governments or nursing home operators in their handling of the virus.

In Quebec, the son of a 94-year-old woman who died of COVID-19 at one of the province's hardest-hit facilities has filed a class-action application against the government-run CHSLD Ste-Dorothee.

A Toronto law firm, meanwhile, has served the provincial government with notice of a proposed class proceeding on behalf of all Ontarians in long-term care homes.

It alleges the province's failures in overseeing the facilities have resulted in widespread, avoidable illness and death during the pandemic.

None of the cases have been certified as class actions so far and their claims have not been tested in court.

Scott Stanley, a personal injury lawyer in Vancouver, said these lawsuits and any others that surface in the coming months will face multiple hurdles in meeting the criteria for negligence.

First, he said, it may be difficult for plaintiffs to show the actions of the operators or government caused the deaths.

"If the theory is, well, workers were able to go from one home to the other and transmit the virus -- that's a theory, but you have to show factually that that actually caused other people to be affected or infected," he said.

It may also be challenging to demonstrate that the care given fell below established standards, particularly when suing governments, since they are measured against the standards they created, Stanley said.

Governments could also introduce legislation to protect themselves against COVID-19 related lawsuits, although there is a "very live debate" over whether they can preclude cases involving breaches of charter rights, he said.

Such laws are generally "very unpopular" politically, he said.

Even if any of the proposed class actions are successful, plaintiffs may be shocked to find the damages they receive are minimal, he said.

"People are not compensated for the loss of companionship, the loss of friendship, from an older person that's deceased," he said.

"You're basically compensating for the loss of economic benefits they brought to you. And most older people are not in a position where they're providing economic benefits...so in many instances those claims are actually worth nothing."

In truly egregious cases, a nursing home could face punitive damages, which are meant to deter certain conduct, said Smitiuch, the Toronto lawyer.

Governments should also consider an inquiry into how care homes responded to the crisis, he said.

Three professional orders in Quebec have said they will hold a joint investigation into the situation at seniors' homes and long-term care centres since the COVID-19 pandemic struck.

This report by The Canadian Press was first published on May 2, 2020.