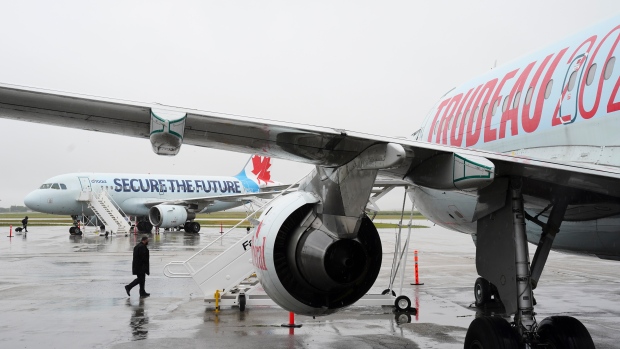 The Liberals appear to have seized a double-digit lead in the Greater Toronto Area as the federal election campaign enters its second week, a new poll suggests.

The Mainstreet Research phone survey of 532 adult residents was conducted between Aug. 18 and 21 and is considered accurate to within 4.2 percentage points, 19 times out of 20.

It found that Justin Trudeau’s Liberal party had the support of 43 per cent of respondents, among decided and leading voters. The Conservatives led by Erin O’Toole were in second with the support of 29 per cent of decided and leaning voters while the NDP were in third at 20 per cent. The People’s Party of Canada and the Green Party were well behind at five and three per cent, respectively.

Support for the Liberals was the highest in Toronto (49.9 per cent) and York Region (49 per cent) while the Conservatives fared better in Dufferin Simcoe (48.2 per cent) and Erin O’Toole’s home base of Durham Region (39.6 per cent).

NDP support was the highest in Hamilton (25.1 per cent) where the party was in second place behind the Liberals.

About nine per cent of the respondents to the poll said that they remained undecided about their voting intentions with just under a month to go until election day.

“The Liberals are in strong shape in their old stronghold of the GTA so they are doing well and they are doing what they are supposed to do but they are going to have to play defence in this area. They are not going to be looking to pick up seats, they are looking to hold all the seats they have currently,” Mainstreet Research Vice President Joseph Angolano told CP24 on Monday afternoon. “So far so good.”

The Mainstreet poll suggests that Durham Region could be one of the more hotly contested parts of the GTA with the Conservative lead over the Liberals there within the margin of error (39.6 to 38.6).

The Liberal lead in Peel Region is also relatively narrow with the party having the support of 41.9 per cent of decided and leaning voters and the Tories trailing close behind at 34.5 per cent.

The Liberals, however, have a 26-point lead over the Tories in Toronto.

Jagmeet Singh’s NDP are currently third in the 416 with the support of 20.6 per cent of decided and leaning voters.

“That is a good showing for them. They want to be competitive in those ridings that Jack Layton took in 2011, so ridings like Davenport, ridings like Parkdale-High Park, ridings like Toronto-Danforth, maybe Beaches-Eat York although that might be a bridge too far for them,” Angolano told CP24. “They are in much better shape in this election than they were in last election and have a good base to build from. Let’s see what happens. It is still very early.”

Liberal lead nationally could be slipping

While the Liberals appear to be comfortably ahead in the GTA, their lead nationally may be narrowing.

According to nightly tracking performed by Nanos Research for CTV News and The Globe and Mail, the Liberals and Tories are now in a statistical tie with the support of 32.5 and 31.4 per cent of respondents, respectively. The NDP are back in third at 20.8 per cent while the

Liberal support has dipped about three points from the first nightly tracking performed on Nanos on Aug. 12.

Trudeau does continue to have the highest favourability ranking with 32.7 per cent of respondents listing the Liberal leader as their top choice compared to 24 per cent for O’Toole and 19.4 per cent for Singh.

The Nanos survey is based on the response of 1,200 Canadians over a three-day period. The margin of error is within 2.8 percentage points, 19 times out of 20.