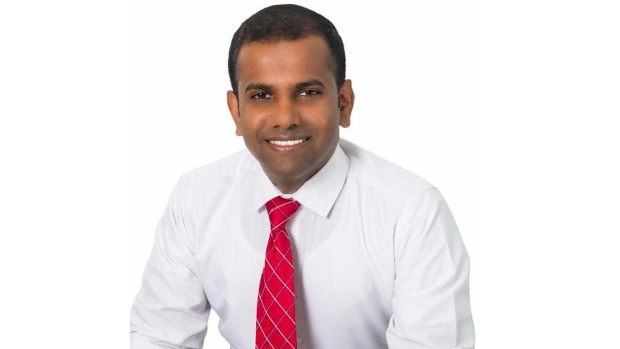 TORONTO -- Ontario's Liberals have nominated a candidate for a provincial byelection in Toronto.

Piragal Thiru will run under the Liberal banner in the riding of Scarborough-Rouge River.

The Liberals describe Thiru as a long time regional volunteer and policy professional.

On Saturday the Progressive Conservatives have nominated city councillor Raymond Cho to run in the east Toronto riding.

The Scarborough-Rouge River seat has been vacant since Liberal backbencher Bas Balkissoon abruptly resigned in March.

Premier Kathleen Wynne has six months to call a byelection to replace Balkissoon, but no date has yet been set for the vote.