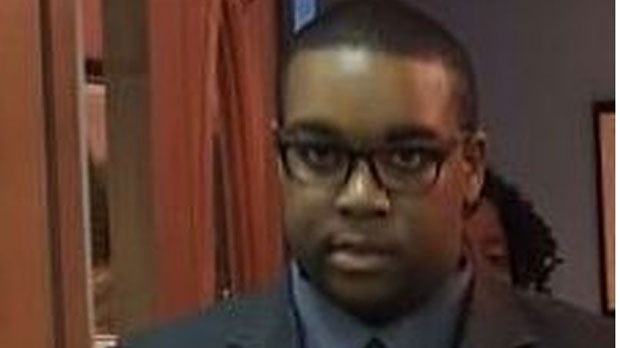 A 19-year-old man killed in a Scarborough shooting on Tuesday night has been identified by Toronto police.

The fatal incident took place in the area of Brimley Road and Sheppard Avenue East at around 10 p.m.

According to investigators, the male victim was found on the ground outside of a building suffering from a gunshot wound when they arrived. He was pronounced dead at the scene by Toronto paramedics.

The victim, who police initially believed was in his 20s, has been identified as Toronto-resident Jago Anderson.

No information regarding any possible suspects wanted in connection with this case has been released but officers said they are searching for a dark-coloured newer-model SUV that was spotted fleeing the scene travelling eastbound on Sheppard Avenue East.

The scene of a fatal shooting in Scarborough is seen.