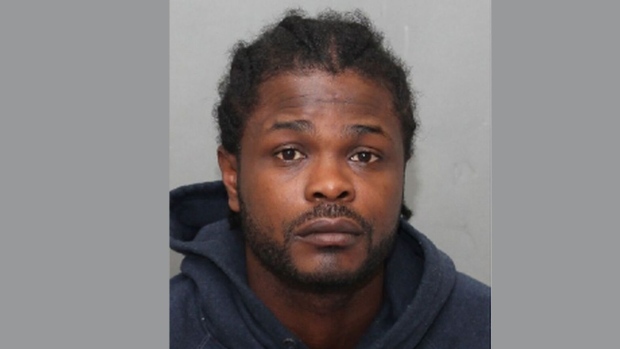 Rowan Atkins is pictured in this photo released by Toronto police. (Handout)

Police have issued a warrant for the arrest of 32-year-old Toronto man after a woman was shot in downtown Toronto on Saturday morning.

Toronto police say that 4:07 a.m. on Saturday, they were called to Queen Street West and Spadina Avenue for reports of a shooting.

They arrived to find a woman suffering from a single gunshot wound.

She was taken to hospital in non-life-threatening condition.

On Sunday, police identified the suspect in the shooting as 32-year-old Rowan Atkins.

He is wanted for attempted murder and weapons offences.

Atkins is also accused of threatening the neighbourhood of Regent Park with death on his Instagram account.