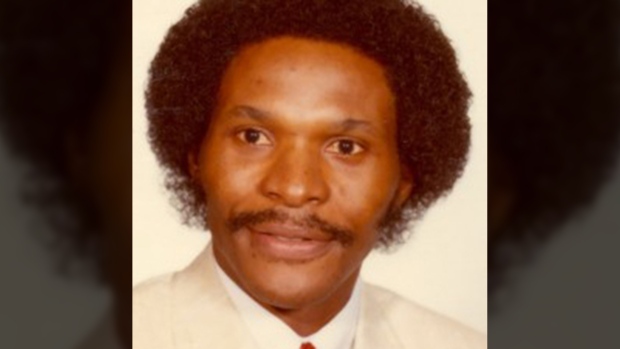 Allan Mann is shown in this photograph from 1987. (Missing Children Society of Canada)

HARTFORD, Conn. -- A Canadian man accused of abducting his toddler son in Toronto in 1987 and living on the lam for three decades is being sentenced Thursday in the U.S. for illegally obtaining government benefits.

U.S. prosecutors are seeking a prison sentence of up to two years for Allan Mann Jr., who acknowledged lying about his identity to obtain American government benefits during his 31 years on the run.

Mann is scheduled to be sentenced in U.S. District Court in New Haven, Connecticut. His lawyer has asked a judge to impose a sentence of time served so Mann can return to Toronto as soon as possible to defend himself against a pending kidnapping charge.

Canadian authorities allege Mann abducted his toddler son in 1987 during a court-ordered visitation in Toronto and fled to the U.S., where he and his son lived under aliases until he was arrested in Vernon, Connecticut, in October 2018. He has been detained since his arrest.

Officials said Mann told his son that his mother died shortly after his birth. His son, now in his 30s, was reunited with his mother after his father's arrest.

Prosecutors say Mann lied about his identity and used the alias Hailee DeSouza to obtain more than $125,000 in Section 8 housing benefits and more than $55,000 in Medicaid assistance. He pleaded guilty in August to one count of making a false statement, which carries up to five years in prison.

“For 31 years, Allan Mann hid in plain sight in the United States, posing as a U.S. citizen and reaping the benefits that such citizenship affords, including tens of thousands of dollars in housing and medical assistance,” Assistant U.S. Attorneys Sarah Karwan and Harold Chen wrote in their sentencing recommendation to Judge Janet Hall.

“Mann orchestrated these payments through a deliberate, intricate and lengthy deception on the government at every level,” they wrote.

“His crime, simply put, was to falsely claim to be an `eligible citizen' so he could obtain benefits that, as a non-U.S. citizen, he was not entitled to receive,” Ring wrote in his sentencing recommendation.

Ring said Mann fled Canada with his son because he worried about his son's safety during a bitter custody dispute with his wife, who planned to take the child to Jamaica.

U.S marshals and Toronto police launched a new effort to find Mann in 2016 while meeting at a law enforcement conference on capturing fugitives.

Officials said last year that U.S. marshals interviewed several of Mann's relatives and friends, including a relative who pointed authorities to Connecticut and Mann's alleged alias.