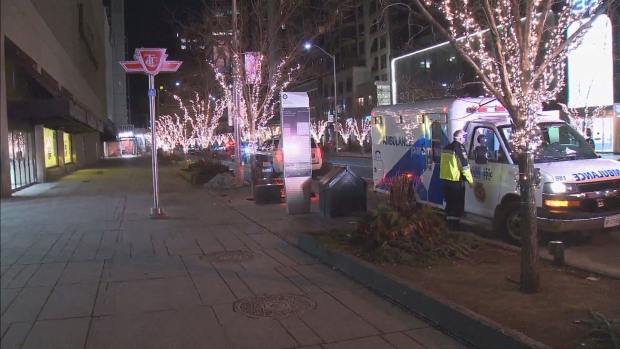 Five people were injured in a hammer attack at Bloor subway station.

A man has been arrested in connection with a hammer attack at Bloor subway station over the weekend.

At around 9 p.m. on Saturday, police responded to a call at the Bloor-Yonge subway station

It is alleged that a man was in a TTC subway car when he attacked four people with a hammer.

Police said the man was located and arrested in the subway station.

On Tuesday, police identified a suspect in connection with the incident.

Toronto resident Otgonbayer Dunsel, 49, has been charged with dangerous weapons, two counts of aggravated assault, four counts of assault with a weapon and two counts of failing to comply with probation.