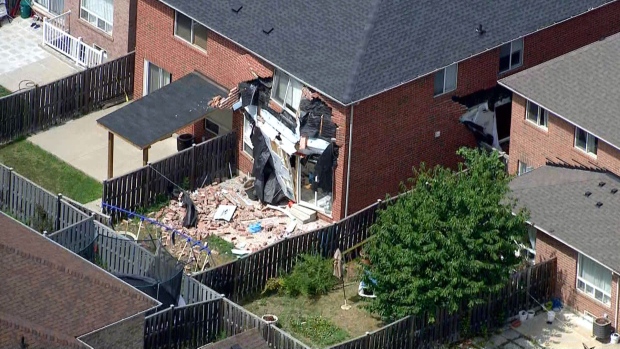 BRAMPTON, Ont. - Police say they've made an arrest after a house explosion in Brampton, Ont., earlier this week that injured a toddler.

Peel Regional Police say they were called to the explosion on Tuesday afternoon.

They say a one-year-old was taken to hospital with second-degree-burns and two men and a woman received minor burns and smoke inhalation.

Police say investigators determined that the explosion was caused by an "alcohol producing still."

They say a 57-year-old Brampton man was arrested on Wednesday.

Police say he has been charged with arson and negligence.