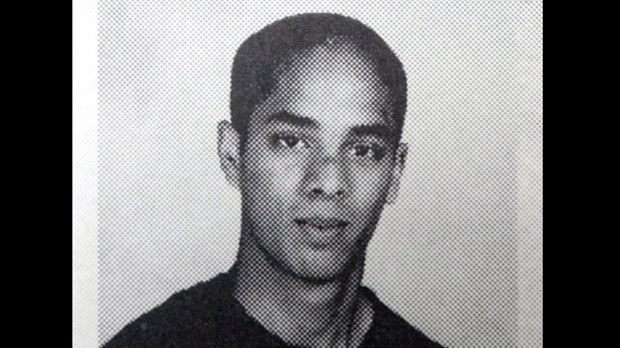 Saad Khalid is shown in a copy of a 2004 yearbook photo. Khalid, a member of the so-called Toronto 18 terrorist group has been denied parole after a panel found he needed to undergo more counselling for deradicalization. THE CANADIAN PRESS/Staff

A member of the so-called Toronto 18 terrorist group has been denied parole after a panel found he needed to undergo more counselling for deradicalization.

In a decision released Wednesday, the two-member Parole Board of Canada panel says Saad Khalid has "outstanding needs" that need to be addressed before he can be granted day or full parole. It noted, however, that deradicalization counselling sessions were not readily available for Khalid.

The panel says that while Khalid has shown genuine remorse for his actions, he remains at a medium-security classification and would present an undue risk to society if released now.

Khalid, 31, was among 18 people arrested in the summer of 2006 in what came to be known as the Toronto 18 terrorist group.

Khalid pleaded guilty and was initially sentenced to 14 years but that was later increased to 20 years after Crown prosecutors appealed, minus seven years credit for pre-sentence custody.

The Supreme Court of Canada declined to hear his case and those of two other Toronto 18 members who sought to appeal their sentences.

Khalid had sought to be released on full parole to live with his parents, or on day parole, which would have seen him live in a halfway house and work as an office assistant and apprentice in a mechanic shop.

The parole board acknowledged Khalid showed more insight into his behaviour and motivations during his hearing last week, noting he recalled being angry with Canadian foreign policy in Afghanistan and growing more radicalized through listening to extremists.

"Your presentation at today's hearing was insightful and forthcoming. You did not shy away from your responsibility and you were very articulate. Your remorse was genuine," the panel wrote.

"At the same time, while your criminal history consists only of your index offence, the board views as an aggravating factor the seriousness of your crime and the catastrophic damages that your plot would have caused had your group been successful in moving ahead," it said.

Khalid, who immigrated to Canada from Saudi Arabia in 1995, has behaved well while behind bars, the board said.

He received counselling from an imam for three years but those sessions came to an end in 2013 after the imam's contract ended, the panel said.

"Although your institutional conduct has been appropriate and you have availed yourself of all the opportunities within the institution, you still have outstanding needs, including counselling with respect to deradicalization," it said.

"Given the level of radicalization you admit to, a very gradual reintegration is warranted starting with the fact that your progress should be tested in a more open environment," the panel said.

"Given the foregoing, the board denies day and full parole as it is of the opinion that you will present an undue risk to society if released and that your release will not contribute to the protection of society by facilitating your reintegration into society as a law-abiding citizen."