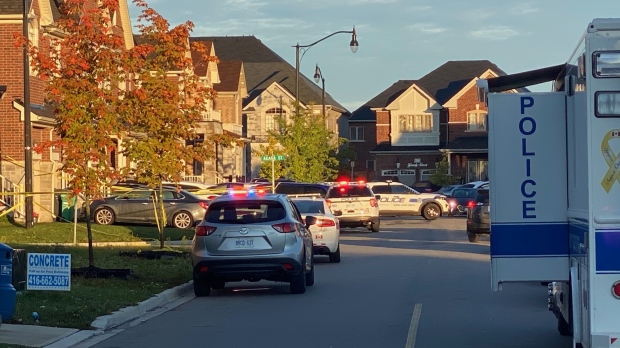 A 28-year-old man is dead after shots rang out in a residential area on the western edge of Brampton early on Monday morning, Peel paramedics say.

Paramedics said they were called to the area of Creditview Road and Clockwork Drive, east of Mayfield Road, at 4:40 a.m. for a report of a shooting.

They arrived to find a victim suffering from gunshot wounds who was pronounced dead at the scene. 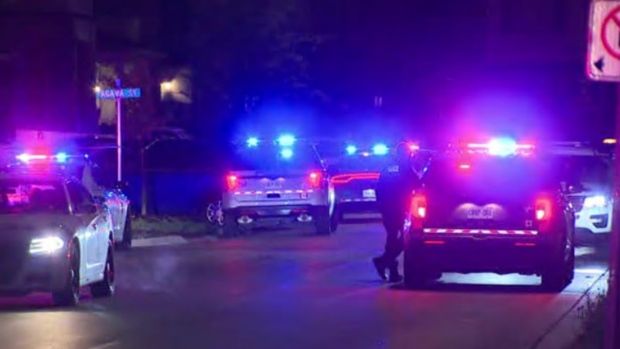 In an update on Monday morning, police confirmed that the victim is a 28-year-old man but did not release his name.

"The shots did come inside through the front door," Const. Danny Marttini told reporters.

Investigators have not yet commented on a possible motive for the deadly shooting.

"Obviously we have to confirm all the exact details in regards to suspects, or if there is any vehicle involved. At this point we don't have those details," she said. 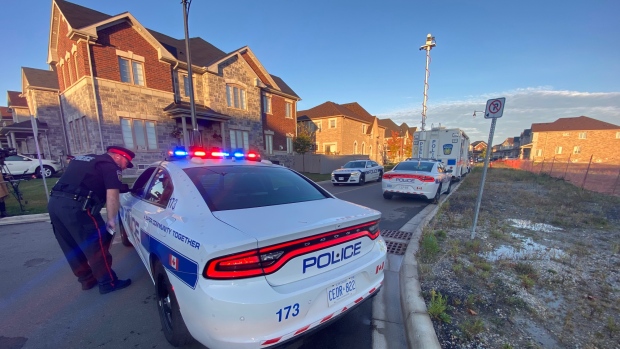 "They are going door-to-door, they are canvassing and looking for any kind of video surveillance footage that anyone might have," she said. "Have a look at your video, let us know."

Update:
Male victim has been pronounced on scene.
Large #PRP presence, area blocked at Clockwork and Yately St. #Brampton@OfficerMarttini @PRPVillz will be heading to the scene.