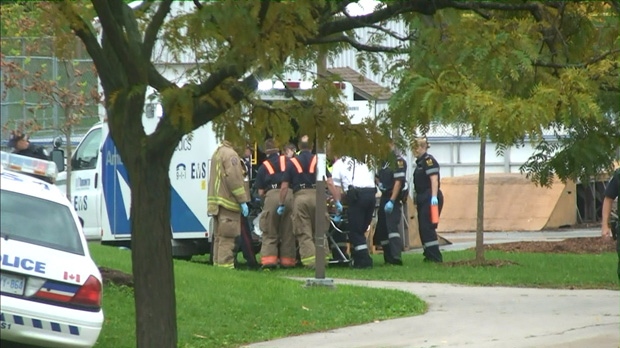 A 75-year-old man charged in the 2014 death of a woman beaten to death in a park near the Wallace-Emerson Community Centre has been found guilty of second-degree murder.

Police previously said that 65-year-old Xian Xu Liu was walking in a park near Dufferin and Dupont streets on the morning of Oct. 15, 2014 when she was approached by a man.

Investigators said that the pair engaged in conversation for several minutes before the man assaulted Liu with a metal bar, causing her to collapse.

Paramedics arrived to find Liu with serious facial trauma. Attempts to resuscitate her were not successful and she was pronounced dead at the scene.

Police managed to identify a suspect with the help of members of the community.

Shou Quan Chen, then 70, was subsequently charged in the homicide.

On Thursday, more than four years after Liu’s death, Chen was found guilty of second-degree murder at the Superior Court of Justice on University Avenue in Toronto.

The jury, which took less than half a day to reach the verdict, will now have to review a defence application on whether Chen is criminally responsible for his actions.