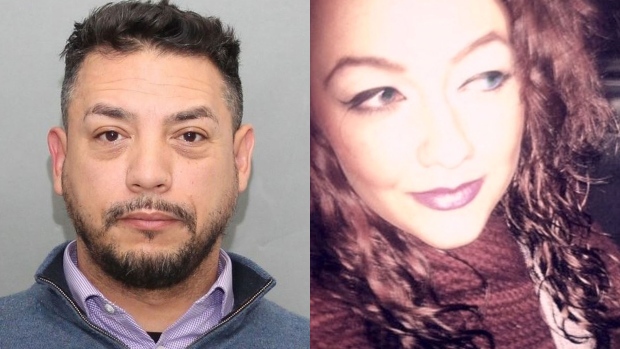 A 44-year-old man has been found guilty of murdering a 28-year-old Toronto woman he had moved in with three weeks before she was found dead.

Selby-Readman was found with obvious signs of trauma inside her fifth-floor apartment that she rented at a building on Richmond Street, near Niagara Street, on June 12, 2018.

At the time, police said that text messages and conversations Selby-Readman had with friends led them to believe that she met Isaac through social media, where she had recently posted ads seeking a roommate.

Investigators said there was no romantic relationship between the two and police had not recently been alerted to any disturbances at the apartment.

Police said at the time that Isaac was known to officers in Durham Region for a number of alleged domestic incidents.

In a statement to CTV News Toronto, Isaac’s lawyer Daniel Brodsky said his client “ought to have called the police when he arrived home and discovered what had happened to his roommate while he was gone.”

“Unfortunately, Richard has a criminal record and had recently broken up with his girlfriend and that ended badly with him eventually pleading to making harassing telephone calls to his ex,” Brodsky said. “The police had not arrested him for that when Richard discovered that Victoria had been killed.”

That is why Isaac did not contact authorities when he discovered Selby-Readman’s body inside their apartment, Brodsky said.

“Richard will appeal and hopes there will not be more victims like Victoria Selby-Readman because somebody got away with murder.”

In the wake of the guilty verdict, Isaac now faces an automatic sentence of life in prison. A judge will determine his parole ineligibility period at a later date.