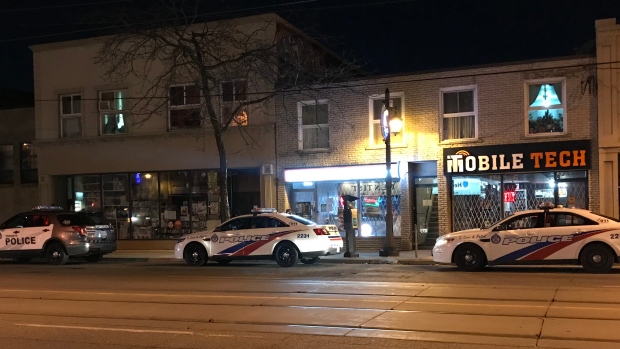 Police cruisers are shown at the scene of a stabbing investigation at an apartment on Lake Shore Boulevard West near Royal York Road on Tuesday morning.

A man was rushed to hospital with serious but non-life threatening injuries after an apparent stabbing in Etobicoke.

Police say that the victim was located at an apartment on Lake Shore Boulevard West near Royal York Road, though it is unclear whether the stabbing actually occurred there.

They say that the victim lost a significant amount of blood but is expected to make a full recovery.

No arrests have been made and no information has been release about potential suspects at this point.