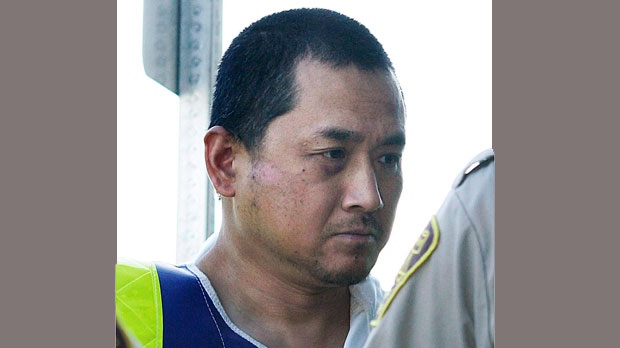 WINNIPEG -- A man who beheaded a fellow passenger on a Greyhound bus in Manitoba has changed his name and wants to leave his group home to live independently.

Vince Li appeared before a Criminal Code Review Board on Monday under the new name of Will Baker.

Baker killed Tim McLean during a bus trip on the TransCanada Highway near Portage la Prairie in July 2008. He was found to be not criminally responsible for the murder due to mental illness -- schizophrenia.

Baker was originally kept in a secure wing at the Selkirk Mental Health Centre, but the board has granted him increasing freedoms starting with supervised walks on the hospital grounds and eventually escorted trips to nearby communities.

His medical team is now asking the review board to let Baker live on his own, albeit with several conditions that would include daily monitoring to ensure he continues to take his anti-psychotic medication.

The board heard from Baker's doctors on Monday that he has been a model patient and has always taken his medication.

Crown attorney Brian Sharpe said Baker would continue to be monitored "for the foreseeable future" and did not object to the request for independent living.

"There have been no issues. He's described in positive terms by the staff," Sharpe told the hearing.

"As far as I can tell, he's done everything that's been asked of him."

A decision by the board is expected by the end of the week.

Baker, 47, sat next to the 22-year-old McLean on the Greyhound bus after the young man smiled at him and asked how he was doing.

Li said he heard the voice of God telling him to kill the young carnival worker or "die immediately." Li repeatedly stabbed McLean who unsuccessfully fought for his life. As passengers fled the bus, Li continued stabbing and mutilating the body before he was arrested.