A man has pleaded guilty to four murder charges after his mother, father, grandmother and sister were found dead inside their Markham home last summer.

On the afternoon of July 28, 2019, emergency crews were called to a home on Castlemore Avenue.

When officers arrived at the residence they were met by Menhaz Zaman at the front door.

Zaman was immediately taken into custody before police walked through the home and located four deceased people.

Police made the grim discovery after they were led to the home by users of an online gaming platform. 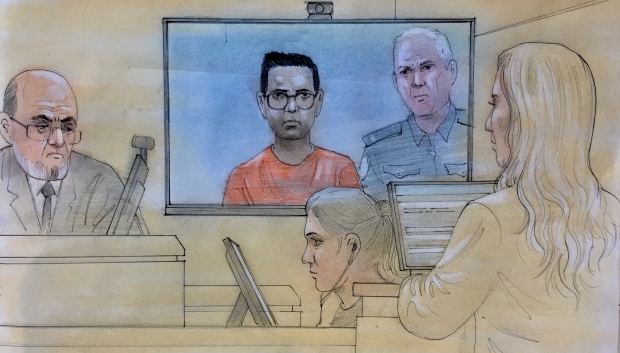 Back in July of last year, an online gamer told CTV News Toronto that Zaman “messaged many of his friends, including myself, about the details of the murder, during the act.”

Zaman pleaded guilty to three counts of first-degree murder and one count of second-degree murder on Thursday, his lawyer Adele Monaco confirmed to CTV News Toronto.

A sentencing hearing for Zaman is scheduled to take place on the afternoon of Oct. 26.

A conviction of first-degree murder carries an automatic life sentence with no chance of parole for 25 years. Parole periods can be stacked consecutively for multiple counts of murder.