Massive 37 tower, 18,000 unit development planned for area around Square One 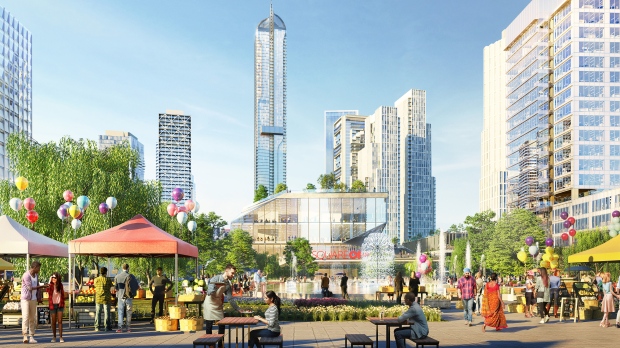 This rendering shows a planned 130-acre development for the area around the Square One Shopping Centre. (Oxford Properties)

The area around Mississauga’s Square One Shopping Centre could one day be home to approximately 35,000 people as part of a new mixed-use development that could take decades to fully build out.

Developer Oxford Properties released its plans for a 130-acre parcel of land surrounding the popular shopping destination on Tuesday, calling it the “largest mixed-use downtown development in Canadian history.”

The plan features 37 high-rise towers with more than 18,000 residential units, half of which would be rental apartments.

There will also be office and retail space, parks and community facilities, as well as a transit hub that will eventually be served by the planned Hurontario LRT.

“Square One District is a bold vision to repurpose underutilized land in the heart of downtown Mississauga to create an entirely new mixed-use urban community,” Eric Plesman, who is the executive vice president for Oxford Properties, said in a press release. “Our ambition is to build a community more than 35,000 people will be proud to call home. This new community will support employment with world-class office space to help businesses grow while maximizing the positive impact of new transit being developed in Mississauga. It will be a place where business, life and leisure can come together as one.” 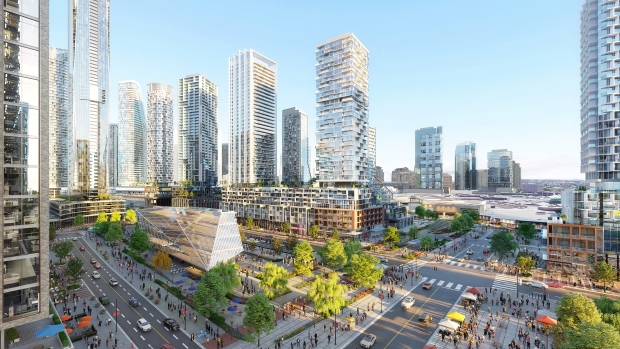 Oxford Properties says that the transformation of the area around Square One Shopping Centre is a “multi-phase, multi-decade project” that will eventually transform “swaths of parking lots” into a “vibrant community.”

at the Southeast corner of Rathburn Road and Confederation Parkway. The 36 and 48-storey towers, which are being built in partnership with the Daniels Corporation, will consist of 402 rental apartments and 575 condominium suites.

An additional 5,000 residential units will then be constructed over the next five to seven years.

Mark Cote, who is Oxford Properties head of development for Canada, said in the press release that the hope is to deliver “a walkable, downtown district in Mississauga."

“Square One District is about creating a true mixed-use community. We will work collaboratively with the City and its residents to build a vibrant downtown that meets the evolving needs and aspirations of Mississauga for generations to come,” he said.

The development will be bounded by Burnhamthorpe Road, Confederation Parkway, Highway 403 and City Centre Drive. 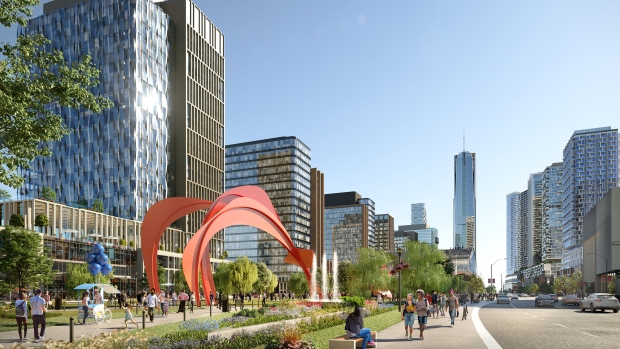