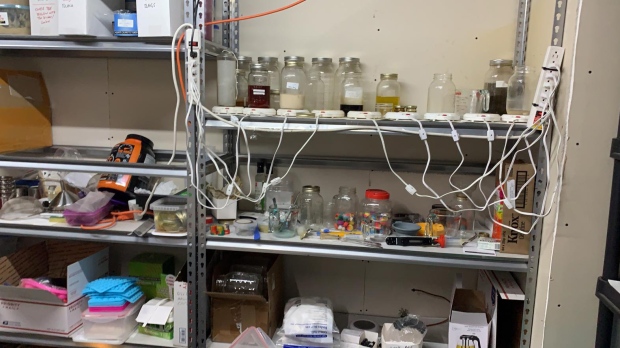 York Regional Police say they have shut down a makeshift store in Markham where alcohol and cannabis products were being sold illegally inside a commercial unit.

“As the investigation progressed, it became apparent that there were regular customers attending the commercial unit and purchasing liquor and beer,” police said in a news release issued Tuesday.

A search warrant was executed at the unit on Jan. 30, 2020 and police say they discovered $100,000 worth of alcohol inside the store as well as alcohol that was stored in moving trucks.

Police say they believe the suspects were purchasing alcohol in Quebec and transporting it to Markham to be sold.

In addition to the alcohol, police said they found various cannabis and CBD oil products inside the commercial unit that were “pre-packaged for sale.”

Three people have been charged in connection with the bust.

Anil Anand, a 56-year-old Brampton man, and Ramandeep Singh, a 28-year-old Toronto resident, have been charged with keeping, selling, or offering liquor for sale.

The investigation is ongoing and anyone with additional information can contact York Regional Police Auto/Cargo Theft Unit or Crime Stoppers anonymously.