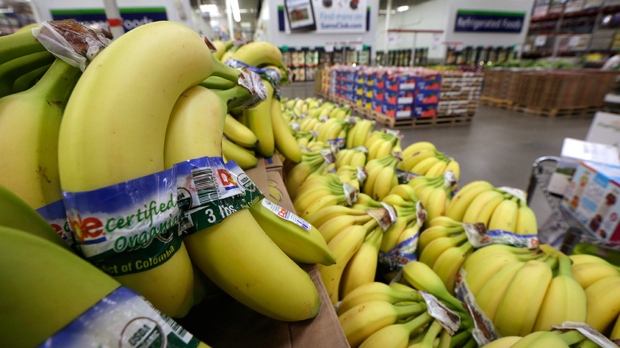 A convenience store cashier in Mississauga foiled an attempted robbery Saturday night by striking the suspect with a banana, Peel Regional Police say.

Const. Akhil Mooken says officers were called to a shop at Hurontario and John streets on Saturday night for an attempted robbery.

Police said the cashier at the store told them that a suspect entered the store and approached the cash register.

The employee then grabbed one of several bananas on display nearby and struck the suspect with it.

The suspect then fled the scene on foot.

Mooken said the employee was not injured in the encounter but was “a little shaken up.”

Officers remained at the scene to conduct a search.

Police often urge retail employees not to resist during robberies but this is not always followed.