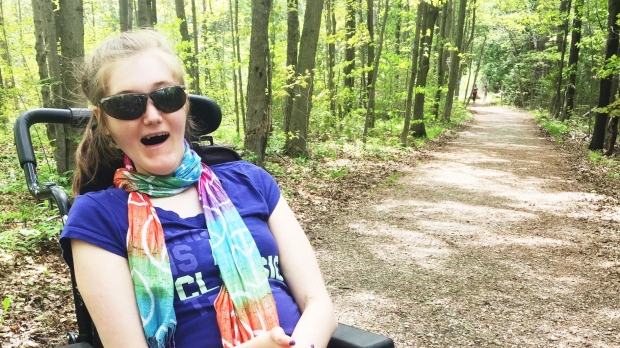 Emily Kerr is seen in this undated photograph provided by family.

A mother is making an emotional plea to workers of a Markham facility that supports adults with developmental and physical disabilities to return to work after her daughter was hospitalized due to COVID-19.

Laura Meffen removed her 21-year-old daughter from Participation House in Markham, Ont., on April 7 after learning of a suspected COVID-19 outbreak. The facility is experiencing a major staff shortage after workers walked out last week.

Meffen's daughter suffers from a rare, degenerative physical condition and requires around-the-clock care, something she said she was willing to provide if it meant her daughter was less exposed to the virus.

That same afternoon, Meffen noticed that her daughter, Emily, was a bit flushed and had a mild fever.

“She rarely gets sick so I was concerned,” she told CTV News Toronto. “I was hoping it was just a cold, so I was in a bit of a denial, but deep down inside I suspected she had COVID-19.”

Meffen quarantined herself and her daughter in the upstairs level of her home while her husband and 11-year-old son moved to the basement. While she hoped this would prevent the spread of the virus, it also meant that Meffen was left to care for her daughter alone.

Soon after, Meffen herself started to feel really ill. She said she felt really nauseous, had a headache and was experiencing stomach issues. Meffen said that she had to reach out to local politicians because it was impossible to take Emily to get tested for COVID-19.

“I couldn’t take Emily out to get tested because if I did, we would have contaminated my husband and my son, just trying to get her out of the house. I couldn’t go to the assessment centre by myself because that would mean Emily would be by herself.”

She said that eventually former federal cabinet minister Jane Philpot, who started to help out at Participation House over the long weekend, reached out and found a way to get them swabbed.

A few days later, Meffen hit a wall. Her symptoms started to exasperate and she turned to social media for help. In tears, she said the experience was “the hardest thing she has ever done.”

Meffen told CTV News Toronto that when took her daughter out of Participation House, she lost all of the support that Emily usually receives through the Local Health Integration Network.

“That morning I had to get Emily up and get her dressed and fed and taken care of and it was just so hard, I could hardly take care of myself at that time,” she said. “I felt so alone … I didn’t know what to do.”

Things took a turn for the worse on Sunday night, when Meffen realized that her daughter was having difficulty breathing.

“I finally got her into the bed, I was lying down with her and I noticed it looked like she was choking. Her neck was getting strained and she was, not gasping for air, but I knew she was struggling.”

She called 911 and an ambulance took her daughter to the emergency room. Meffen said that Emily has stabilized, but she hasn’t been able to see her.

“She’s really missing me, she is crying out, crying for mommy, wants to go home. She’s alone in the hospital room.”

“I’m trying to stay positive but deep down inside, I am scared. Emily is very vulnerable and I don’t know what I would do if I lost her.” 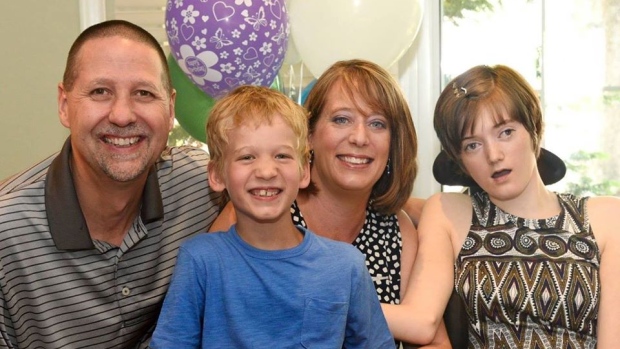 Twelve residents and six staff members at Participation House have been diagnosed with COVID-19 since the outbreak was declared.

On Friday, the facility said that a number of its staff had left once the outbreak was confirmed.

Speaking to CTV News Toronto, Participation House Executive Director Shelley Brillinger said that their workforce was “slowly trickling away” over the past few weeks “for a number of reasons.”

“As of last evening, once the confirmation returned with the COVID-19 positive results, we had a number of staff walk off the job from all departments,” she said on Friday.

A spokesperson for the union representing the health-care workers clarified that the decisions by individual staff members not to return to Participation House was not an organized job action.

“When Participation House management announced to staff on Thursday that there had been confirmed COVID-19 cases they informed staff that they could self-quarantine,” Diego Mendez said. “Many staff, particularly those staff who are elderly or have vulnerable individuals at home, understood that as permission to leave.”

There are 42 residents at Participation House, including Emily and another patient who was hospitalized as a result of the virus. On a regular day prior to the COVID-19 pandemic, the facility would employ eight personal support workers (PSWs) and one nurse per shift.

On Monday, Brillinger said there was a shift where only two PSWs and an additional nurse were available. A number of people have volunteered to help do small things like feed the residents, but the facility is in desperate need of staff with a medical background.

“We are taking a group-home model, where people live and have the comforts of home and we need to elevate that to cover the medical needs.” 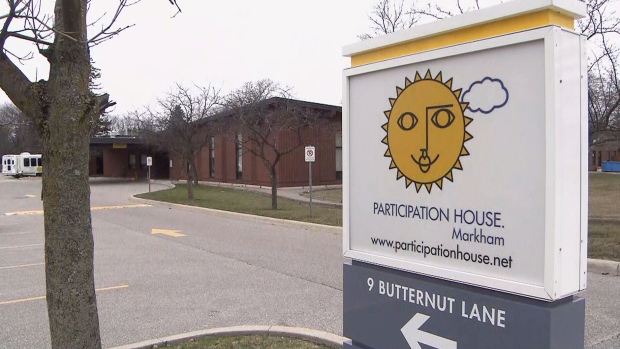 Meffen said that the staff at Participation House care deeply for the residents and are really trying to provide for them during the outbreak, but that the workers who are refusing to return should be “ashamed of themselves.”

“I am deeply disappointed,” she said. “They know these residents. They know these people. My daughter gives everyone hugs and says that she loves them. And then they go and walk out on them … I’m livid.”

Meffen said that she understands if staff are scared of contracting the disease or bringing it home with them, but that shouldn’t mean residents are left to suffer.

“Participation House is an amazing place and they are doing everything they can, but they need help.”

Speaking at Queen’s Park on Monday, Ontario Premier Doug Ford emphasized the need to help the province’s most vulnerable, saying that the stories of what is happening in Markham are “heartbreaking.”

“I know it takes a tremendous strain on people but we have to look after the most vulnerable. We have a duty to take care of those who cannot look after themselves,” he said. “We need to stick together.”

The Markham community has come forward to try and help the remaining staff at Participation House while they try to fill positions.

Markham Stouffville Hospital has provided personal protective equipment to the facility and has put a call out to its staff in an effort to redeploy some resources for the duration of their outbreak. Mayor Frank Scarpitti has also called for more assistance.

“I remain concerned and disturbed that Participation House has had to endure three days of a critical shortage of staff. The skeleton staff is doing their best and continue to work hard to ensure that all residents are getting the food, medicine and care they need, but they remain physically and emotionally drained,” he said.

As for Meffen, she hopes that people understand the need to support people with disabilities and illnesses through the pandemic.

“(COVID-19 is) not like anything you have ever felt like before,” she said. “My daughter can’t cough. She can’t cough it up. At least I can move around.”

“The residents at Participation House, they can’t do that either. It’s my worst fear and it’s coming. It’s here. We are living it.”

Laura Meffen is seen in this undated photograph with her husband, son and daughter. (Provided)