More than 22,000 tickets issued by automatic speed cameras during first month of operation, including a dozen to one driver 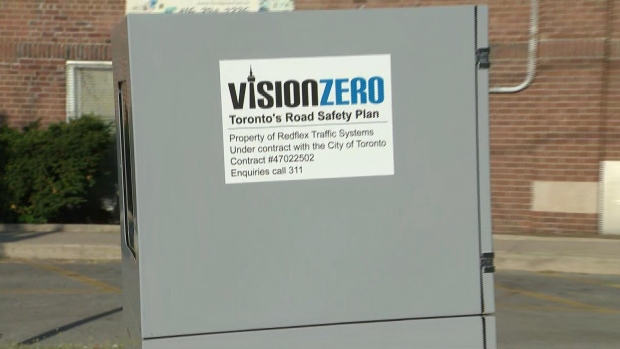 The 50 automated speed cameras set up across the city issued more than 22,000 tickets during their first month of operation alone, a number that Mayor John Tory says “paints a stark picture” when it comes to just how frequently drivers are ignoring posted speed limits.

The cameras were installed in community safety zones near dozens of schools in early 2020 but only began issuing tickets in July due to a three-month education period mandated by the province.

The city says that during their first month of operation alone (from July 6 through August 5), a total of 22,301 tickets were issued as a result of the cameras.

That equates to about 700 speeding incidents that were recorded each day by the cameras.

“The data tells a frustrating story but I am confident that ultimately it will lead to a change in behaviour, which is the whole idea,” Mayor John Tory said during a press conference alongside one of the cameras near Keelesdale Junior Public School on Tuesday. “For those who hate getting a ticket or who dislike automated speed enforcement cameras I have a very simple message: slow down and observe the speed limit and you won’t find them to be a problem for you.”

Drivers who are caught speeding by one of the automated cameras will face a set fine based on how fast they are going but will not be issued demerit points. .

A driver caught travelling 10 kilometres over the speed limit, for example, would be fined $50 ($5 for each kilometre and hour over the limit).

But for drivers travelling 30 to 49 kilometres per hour over the limit the set fine will rise to $12 per kilometre. That means someone travelling 70 km/h in a 40 km/h zone would be fined $360.

The data released by the city on Tuesday reveals that the highest speed detected by the cameras so far has been 89 kilometres per hour in a posted 40 kilometre hour zone on Renforth Drive near Lafferty Street in Etobicoke.

Meanwhile there were 2,239 repeat offenders detected by the cameras, including one vehicle that received a dozen tickets for speeding at Cow Trail near Bradstone Square in Scarborough.

“That person has a real problem with their driving habits to say the very least and they pose a danger to the public,” Tory said. “I hope that at that household when that series of a dozen tickets arrived those people got the message that they should slow down.”