Most people want Uber to be regulated but allowed to operate: poll 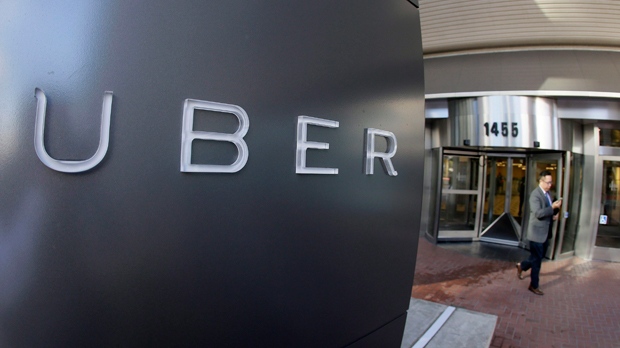 In this Dec. 16, 2014, file photo a man leaves the headquarters of Uber in San Francisco. (AP Photo/Eric Risberg, File)

TORONTO -- An Angus Reid Institute online poll has found that most respondents don't support banning Uber, but would like to see the ride-hailing service regulated like much like the taxi industry.

Two-thirds of the 1,503 people who responded to the poll conducted late last month said Uber should be regulated. But more than 70 per cent said they were open to Uber operating in their communities, with only one in six saying they'd support an Uber ban.

Only one in 10 of the respondents said they'd actually used sharing-economy companies like Uber and Airbnb, although they were familiar with them.

The poll is being released as taxi drivers in Toronto have called off plans for anti-Uber protests to coincide with the NBA's upcoming all-star weekend festivities in the city.

Earlier this week, Montreal taxi and limousine drivers targeted the city's airport part of their protest against Uber, promising to increase pressure tactics if the company doesn't suspend operations.

Taxi drivers in Toronto, Montreal and other Canadian cities argue that Uber is unfairly sapping their business because it isn't subject to the same fees and regulations that govern the taxi industry.

There was a generational divide among the respondents to the online survey, with those younger expressing more support for an unfettered Uber than older respondents.

The survey's respondents are part of the Angus Reid Forum, a 130,000-member panel of Canadians who participate in surveys and discussions. Angus Reid says the forum comprises of people in each major demographic group, and respondents receive a small monetary incentive -- from $1 to $5 -- for completing each survey.