No injuries in overnight shooting at Eaton Centre 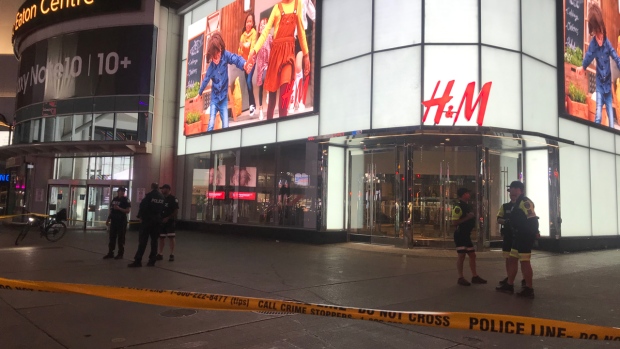 No one was hurt when a suspect opened fire at the Eaton Centre late Thursday night.

Sometime after 11:30 p.m. Thursday, witnesses told CP24 that a suspect in a vehicle approached the northeast corner of the Eaton Centre near the H&M store and opened fire.

Some witnesses said the suspect appeared to be firing with a rifle.

Dozens of people were on the sidewalk at the moment shots rang out.

Officers later located several bullet holes in the side of the building.