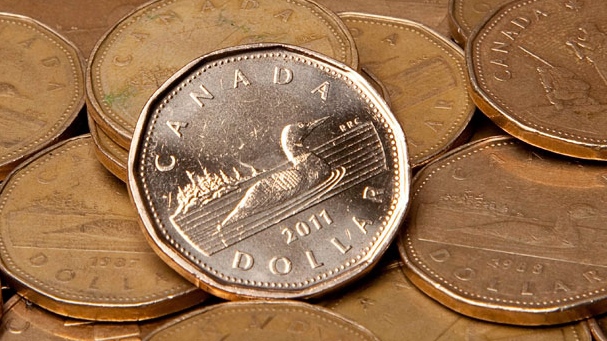 Tensions between the world's two largest economies have been rising with efforts in the U.S. Senate to delist Chinese companies from U.S. stock market indexes.

That move is happening as U.S. President Donald Trump tries to deflect blame for his handling of the coronavirus epidemic and the weak economy, said Mike Archibald, vice-president and portfolio manager with AGF Investments Inc.

“I do think that there's going to be some risk to this rhetoric with respect to the U.S.-China relationship as we get closer to the election,” he said in an interview.

“This has been the hallmark of Trump's presidency, to really deflect and find an issue that he can rally his base around.”

The other main driver to stock market action was jobless data. Unemployment benefit claims were down a little from last week to 2.4 million. That brings the total number of filings during the pandemic to more than 38 million.

More concerning to Archibald is that the number of continuing claims was at a record 25.07 million, signalling there's no sign of an immediate return to work.

“Once you start to see that number decline, then you'll start to know that some of the workers that were laid off was just more temporary in nature. And that should give a little bit more confidence that a broader set of businesses are starting to reopen.”

The Canadian dollar traded for 71.76 cents US compared with 71.98 cents US on Wednesday.

The three largest sectors on the TSX fell, with energy down 2.2 per cent, materials off almost two per cent and financials one per cent lower.

Energy decreased despite higher crude oil prices as Baytex Energy Corp. and Suncor Energy Inc. were down 4.5 and 4.1 per cent respectively.

Refinery demand has started to pick up as motorists have been driving a little more, with miles driven in the U.S. rising.

“That is a good leading indicator, I think in this environment to suggest there's starting to be a little bit more economic activity,” said Archibald.

Materials was pushed lower as metals prices declined, with shares of Ivanhoe Mines Ltd. and First Quantum Minerals Ltd. down 5.4 and five per cent respectively.

The heavyweight financials sector decreased as the Royal Bank of Canada's shares lost 2.5 per cent ahead of the start of quarterly results next week where bank earnings are expected to be down around 30 per cent.

“Just given the uncertainties around the potential for loan losses, and where is growth going to come from in this environment for the banks there continues to be some pressure on those names,” Archibald said.

Health care gained nearly eight per cent as Aurora Cannabis Inc. surged 35.3 per cent after it announced an acquisition that would open its entry to the U.S. market.

Technology was up nearly two per cent as shares of Shopify Inc. gained 3.8 per cent to a new record high and Lightspeed POS Inc. was up 37.8 per cent.

Archibald said markets were nervous about the Montreal-based company because of its large exposure to small retail and restaurants. But its results released Thursday far exceeded expectations.

“And so this is going to be the type of stock that's going to act very well and has good sentiment tail winds as the economy starts to reopen.”