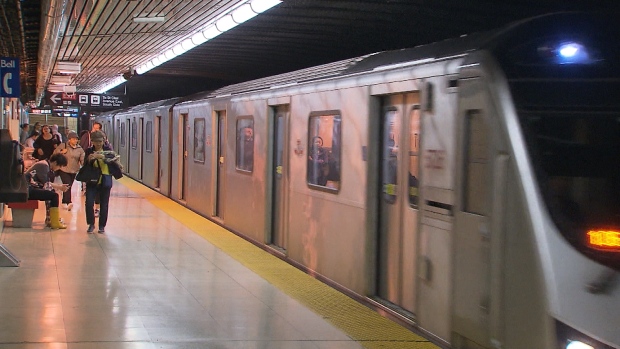 It could be a challenging weekend if you are planning to use the subway to get around.

A portion of Line 1 between Bloor-Yonge and Osgoode stations will not open until noon on Saturday as the TTC continues work to install a new signal system and on Sunday service will be suspended until noon between Sheppard West and Wilson stations for the same reason.

Shuttle buses will be running during both closures and the affected stations will remain open for fare sales and access to surface routes.

The two late openings aren’t the only disruptions to TTC service this weekend, either.

The Scarborough RT (Line 3) will be closed throughout Saturday for scheduled track work.

During that closure, Kennedy, Lawrence East and Scarborough Centre stations will remain open on for fare sales and access to surface routes while Ellesmere, Midland and McCowan stations will be shuttered.

Shuttle buses will be running along the route.