One dead, two others injured after two separate shootings in North York

A man is dead, and two others have been injured after two separate shootings in North York Thursday night.

Police responded to reports of a man shot in the area of Gosford Boulevard and Shoreham Drive, west of Jane Street, shortly after 8:30 p.m.

Insp. Justin Vander Heyden said four male suspects arrived in a dark-coloured sedan, exited the vehicle, and went through the breezeway next to a residence. 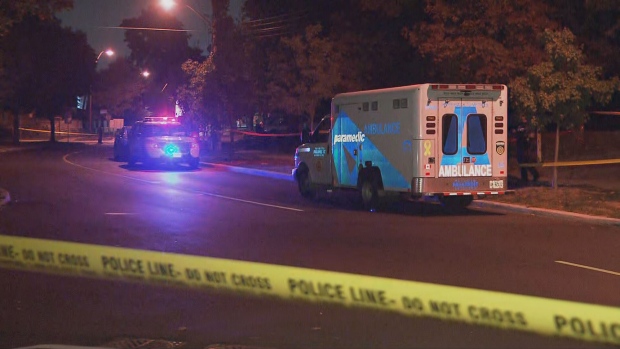 When officers arrived, they located two male victims, including one without vital signs.

Despite life-saving efforts, one of the victims, a man in his late 50s, was pronounced dead at the scene.

The other victim, a man in his 20s, was taken to a hospital with serious but non-life-threatening injuries, paramedics said.

Heyden said the suspects were seen fleeing the area in their vehicle. Police have not provided further suspect information.

Officers found a number of shell casings from at least two different firearms.

When asked if the shooting was targeted, he said it is too early in the investigation to determine that.

Heyden said they have recovered and reviewed several surveillance videos in the area but are appealing for anyone who has security video or information about the incident to contact police. 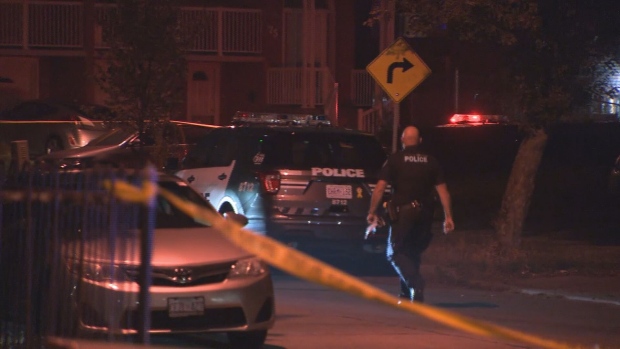 Around 9:15 p.m., officers were called to another shooting about two kilometres away near Futura Drive and Driftwood Avenue, east of Jane Street.

Police said a man was shot after suspects fired at a home.

The victim was taken to a trauma centre with serious, but non-life-threatening injuries, paramedics said.

The suspects fled the scene in a car, police said, but no descriptions have been released.

"We have nothing to believe that the two are linked," Heyden said.

Just before 6:30 p.m., police received reports of the sound of gunshots a short distance away, in the area of Jane Street and Driftwood Avenue.

Police said they did not locate any victims but found several shell casings in a plaza and on the roadway.

It is not known if the incidents are connected.