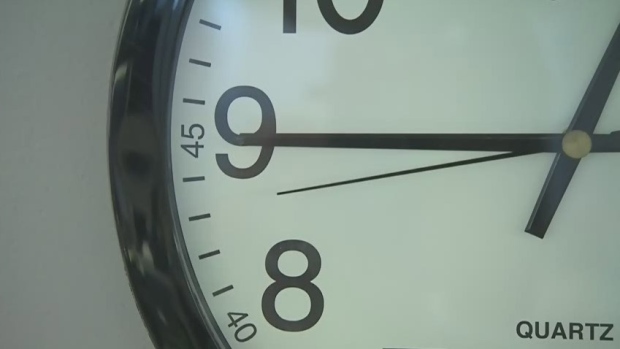 The Ontario government is in support of a private members’ bill that would put an end to Daylight Savings Time in the province, CTV News has learned.

Jeremy Roberts, MPP for Ottawa West – Nepean, has tabled Bill 214, the Time Amendment Act, to end the bi-annual practice of changing clocks across the province.

The bill has already passed second reading in the legislature with the support of the government, CTV News has confirmed.

Soon we will follow the bi-annual tradition of changing our clocks. Ontarian’s are sick of this outdated practice that comes with serious consequences for our health. My new bill would end this practice. Let's work together with our neighbours and stop wasting time. #onpoli pic.twitter.com/fEuW1hjpZa

“I see this as an important first step towards fulfilling the public’s overwhelming desire to end this out-of-date practice,” Roberts said in a letter issued on Wednesday.

“I believe that by showing leadership in taking this step, Ontario can encourage our counterparts in Quebec and New York State to take similar action so that, together, we can put this issue to bed, and all be better rested for it.”

In his letter, Roberts acknowledged that past proposals to end the time change have been met with criticism as “there would be logistical difficulties making this change without Quebec and New York also following suit.”

But If passed, Roberts said the bill would give the Ontario’s Attorney General (AG) the discretion of when to make the permanent change and that the AG would only bring this act into motion in coordination with the neighbouring jurisdictions, including New York and Quebec.

Clocks are typically adjusted one hour ahead in early March and fall back an hour in November. This year the clocks are set to change on November 1.

Studies have shown that the bi-annual change can cause “serious negative effects,” including increased depression rates, heart attacks and strokes, Roberts said.

He added that one of the benefits of permanent daylight time includes promoting more consumerism by giving residents more hours of daylight in the evening.

“People are tired of watching the sunset while they are still at work, MP for Orléans Marie-France Lalonde said in a statement. “Permanent DST means people who work a standard day shift – and kids who go to school during the day – get more daylight at the end of the day, and it will make Ontario a safer and happier place.”

A date for the third reading of the bill has not yet been released.