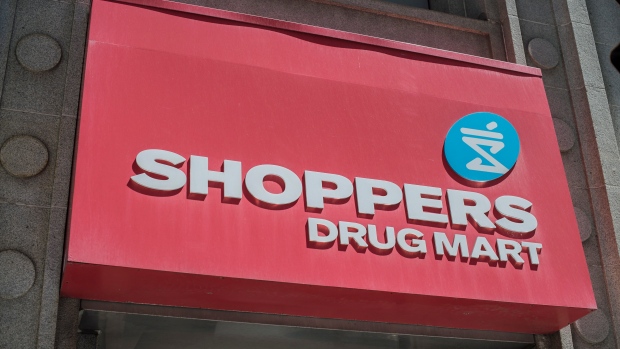 The logo for Shoppers Drug Mart is shown in downtown Toronto, on Tuesday, May 24, 2016. (THE CANADIAN PRESS/Eduardo Lima)

An Ontario man says he’s feeling confused and frustrated after he was one of 12 individuals vaccinated with an expired COVID-19 vaccine dose at a Vaughan Shoppers Drug Mart last week.

Sina Copur said he visited the Shoppers Drug Mart at 9200 Weston Road on Nov. 16 to receive his second dose of the COVID-19 vaccination.

The appointment went smoothly, but the next day, he said he received a call from the pharmacy informing him that he had been vaccinated with an expired dose of Pfizer’s COVID-19 vaccine.

“After I got my shot, everything was okay — I left the shop after 15 minutes,” Copur told CTV News Toronto on Thursday. “The next day, on Wednesday, the owner of the pharmacy gave me a call and he told me ‘We are so sorry, but the COVID-19 vaccine had expired.’”

Copur said his initial concerns were surrounding his health.

“First, I asked a couple of questions about the future outcomes of the expired vaccination on my health,” he said. “[The pharmacist] told me that York Public Health (YPH) would be in touch with me as soon as possible.”

When reached for comment, YPH confirmed that, between 10 a.m. and 4 p.m on Nov. 16, 12 individuals were administered vaccine doses that had expired the previous day.

“The Shoppers Drug Mart location has attempted to contact all 12 individuals to alert them of the error,” York Region spokesperson Melissa Pinto told CTV News Toronto in a statement on Thursday.

Copur said that the day after the pharmacy informed him of his expired dose, public health got in touch with him, stating that they were in the process of contacting Pfizer manufacturers and that it would take up to three business days to hear back.

Yet, hours later, Copur said he received another call from the pharmacy owner, telling him that he had been able to reach Pfizer himself and that the dose had been confirmed as “valid.”

“He told me that the vaccination is valid, that nothing would happen to my health,” he said.

Copur said the timeline of the correspondence confused him.

York Public Health told CTV News Toronto that they sent a “a vaccine viability assessment request” to Pfizer promptly after being alerted to the situation, which concluded “that the quality and integrity of the vaccine would not be affected in this scenario.”

Copur says he hasn’t received correspondence from York Public Health since their initial phone call, leaving him with more questions than answers.

When reached for comment, Loblaws, the parent company of Shoppers Drug Mart, confirmed the incident to CTV News Toronto.

“This was an isolated incident at the store, where a vaccine was given one day after its expiry date,” Loblaws Public Relations said in a statement.

“The owner took immediate action, contacting the local public health unit, who reached out to the vaccine manufacturer,” they said. “Public health has confirmed there was absolutely no risk to the customer, and the dose is considered valid and effective.”

Loblaws said that they have apologized to the patient, adding that they have “put additional processes in place to ensure this doesn’t happen again.”

Copur said despite the pharmacist reassuring him that the dose was “valid,” he is still dealing with frustration and confusion around the incident.

“I wasn't satisfied at all,” he said. “He doesn't know what's going to happen in the future.”

“This is not an egg or milk on the shelf. This is a vaccination and it's circulating in my body. You cannot take it out.”