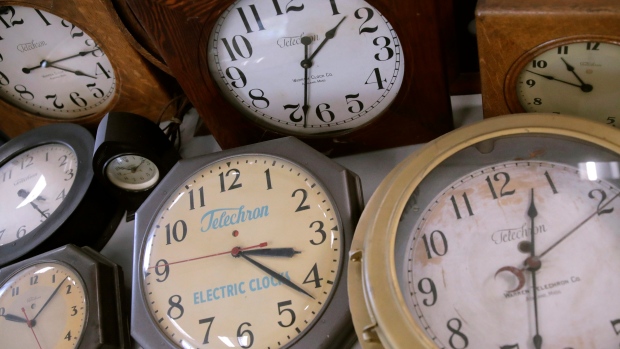 Ending daylight saving time would mean it would be light at night longer through the entire year. (The Canadian Press)

The Ontario government has passed legislation that would end the bi-annual changing of clocks, making daylight time permanent in the province.

The Time Amendment Act, which was tabled by Jeremy Roberts, MPP for Ottawa West – Nepean in October, passed Wednesday on third reading in the legislature.

“I am thrilled that tonight my bill ending the time change in Ontario passed through final reading with unanimous support. Ontario is now poised to lead the way on ending this outdated practice,” Roberts said in a statement.

Studies have shown that the bi-annual tradition can cause “serious negative effects,” including increased depression rates, heart attacks and strokes, Roberts said.

He added that one of the benefits of ending the twice-yearly change includes promoting more consumerism by giving residents more hours of daylight in the evening.

However, Ontario’s Attorney General would only bring the act into motion in coordination with Quebec and New York.

“I look forward now to reaching out to counterparts in Quebec and New York to get them on board this exciting initiative,” Roberts said.

- with files from Kerrisa Wilson