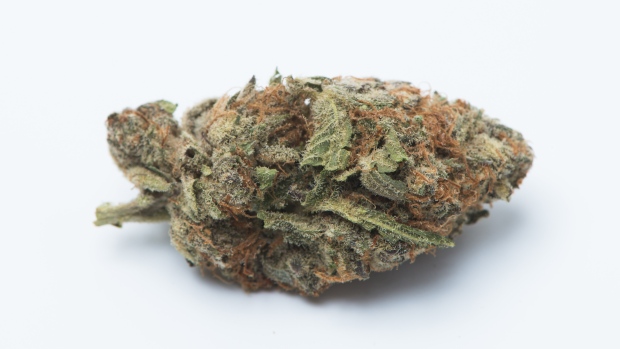 TORONTO -- Nova Cannabis has reached a licence agreement with one of the lottery winners selected to apply for one of the first 25 cannabis retail licences in Ontario, with a location planned for Toronto.

The chief executive of Alcanna Inc., which operates five Nova Cannabis stores in Alberta, says as part of the agreement lottery winner Heather Conlon has the right to use its retail banner name.

James Burns said Conlon approached Alcanna -- in which licensed producer Aurora Cannabis has a 25 per cent stake -- seeking assistance in setting up shop.

"She has a licence agreement to use our name, and we'll help her out with some of the construction, training... but it's her store," he said.

It is not a franchise agreement, he added.

An application for a Nova Cannabis shop on Toronto's Queen Street West has been made and will now be subject to public feedback for 15 days.

Currently, recreational weed can only be purchased online from the government-run Ontario Cannabis Store for home delivery.

The Alcohol and Gaming Commission of Ontario held a lottery last month to choose the entities that would be eligible to apply for the initial 25 retail licences to open cannabis stores in the province starting April 1.

However, licensed producers were kept at bay as a retail licences cannot be issued to a corporation if more than 9.9 per cent of it is owned by one or more licensed cannabis producers or their affiliates.

After the winners were announced last month, businesses and investors rushed to partner with them in some way to get a retail foothold in Canada's most populous province.

Nova's agreement is the latest deal between a lottery winner and a large cannabis retailer.

Inner Spirit Holdings's subsidiary Spirit Leaf Inc. signed an agreement with a lottery winner and plans to open its first Ontario location in Kingston. As well, Tragically-Hip backed pot producer Up Cannabis has an arrangement with Inner Spirit to have a "experiential hub" in the Kingston store.

Alberta-based High Tide Inc. recently announced arrangements with two separate lottery winners. With one undisclosed winner, High Tide said it entered into a letter of intent that, subject to approval, involves the acquisition of a minority interest and a financial incentive for its assistance. As part of its arrangement with a second unnamed winner, High Tide said it has been chosen to assist with a potential location in Hamilton.

Aurora Cannabis has made a $10 million investment in High Tide, via a convertible debenture offering.

Under AGCO regulations, the lottery winners cannot change the name of the person on their application or the corporate structure of the company operating the store.

The regulator earlier this month disqualified one lottery winner, who had won the right to apply for a cannabis retail licence in the Greater Toronto Area, for breaking this rule.

Burns said Friday that the lottery winner it has a licensing arrangement with is a sole proprietor and owns 100 per cent of the store. The regulator has allowed her to proceed to the next step of the process, he added.

"Everything has been declared, we tried to make sure everything is above board," Burns said.